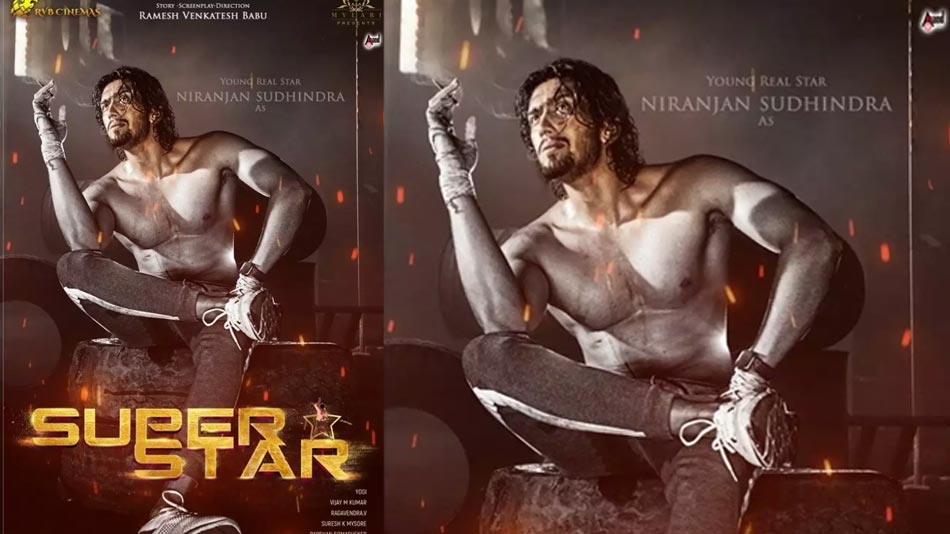 Though the teaser of Upendra's nephew Niranjan (son of Upednra's brother Sudheendhra Kumar) new film 'Superstar' was launched a few months back itself, The launch of the film got delayed due to various reasons.

Finally, the film was launched amidst much fanfare on Friday in Bangalore. Upendra and Prem came over as the chief guests for the film's launch and wished the team a  huge success.

Niranjan plays the role of a dancer in this film. Veteran choreographer and Prabhudeva's father Mugur Sundar has been roped in to play a prominent role in the film. The film is written and directed by Ramesh Venkatesh.