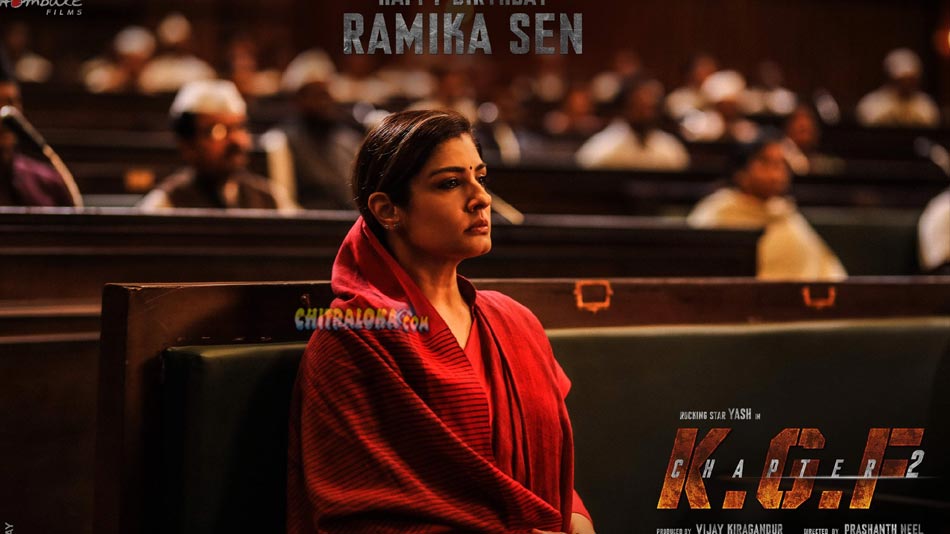 Raveena Tandon acting in Yash starrer 'KGF 2' is not at all a new news. The actress had already finished her portion before the lockdown. Though the actress had completed her role, neither her looks nor her name in the film was released.

Now, Raveena Tandon's looks as well as her name has been revealed on Monday on account of her birthday. The actress plays the role of a politician called Ramika Sen in the film. Raveena is seen sitting seriously in Parliament in the new poster, which was released on Monday.

'KGF 2' stars Yash. Srinidhi Shetty, Sanjay Dutt, Raveena Tandon and others in prominent roles. The film is written and directed by Prashanth Neel and produced by Vijay Kiragandur under Hombale Films.