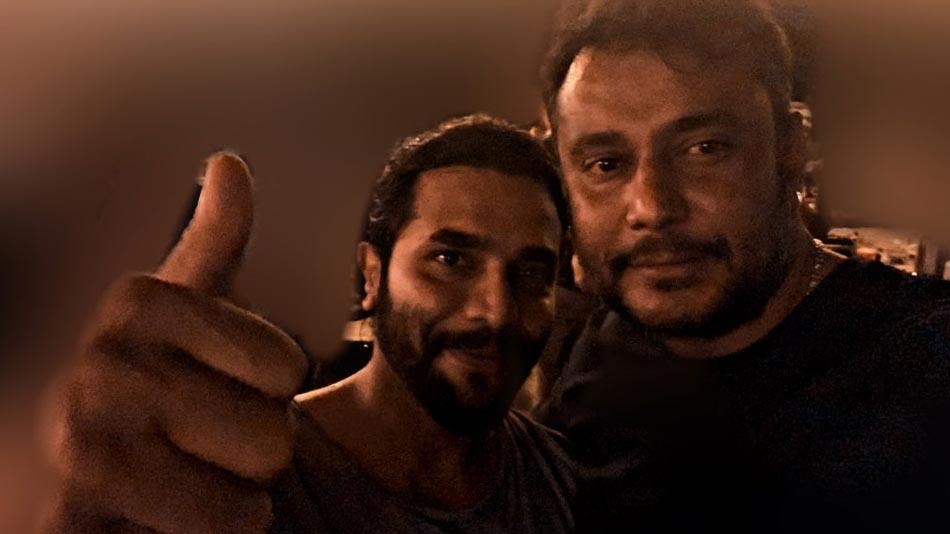 Actor Darshan is yet to start shooting post lockdown. Meanwhile, the actor paid a surprise visit to the sets of Murali starrer 'Madagaja' near Mysore.

The team of 'Madagaja' has resumed shooting post lockdown and is busy shooting some major scenes for the film in KRS backwaters near Mysore. Darshan, who is staying in his Mysore farmhouse for the last few months, visited the sets and surprised everybody.

Though Darshan is not connected to 'Madagaja' directly, the film is being produced by Umapathy Srinivas Gowda who has also produced Darshan's 'Robert' which is due for release. Darshan wished the team a huge success.

'Madagaja' stars Murali, Ashika Ranganath, Jagapathi Babu, Shivaraj KR Pet and others in prominent roles. The film is being directed by Mahesh Kumar, who had earlier directed Satish Neenasam's 'Ayogya'.