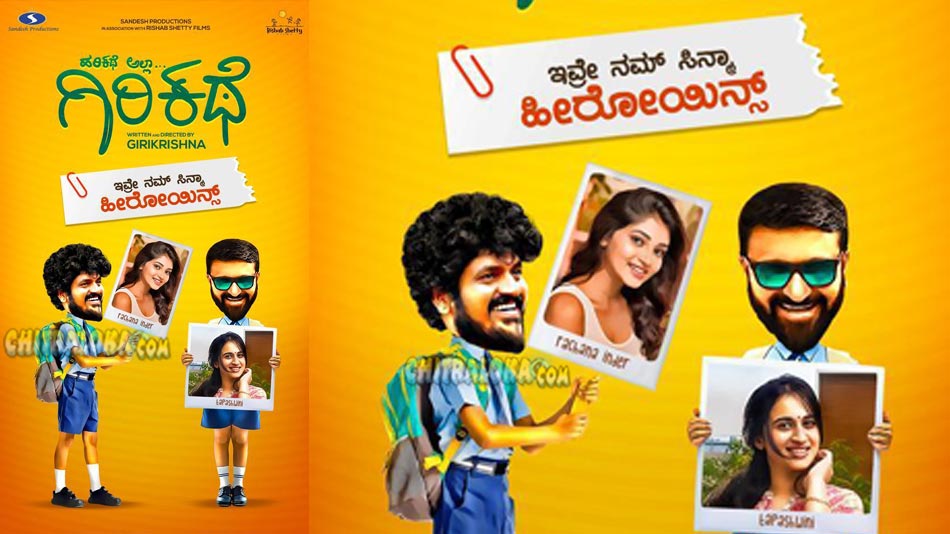 The team of Rishab's new film 'Harikathe Alla Girikathe' was in search of a new heroine for the film and had even started auditioning actresses for the female lead aged between 18 to 28 years.

Now Tapaswini and Rachana Inder (of 'Love Mocktail' fame) have been roped in as the heroines of the film. With the heroines being finalised, the team intends to starts the shooting soon.

'Harikathe Alla Girikathe' is written and directed by actor Giri Krihsna who also plays a prominent role in the film apart from Rishab Shetty. The film is jointly produced by Sandesh Productions and Rishab Shetty Films. Ajaneesh Lokanath is the music director.