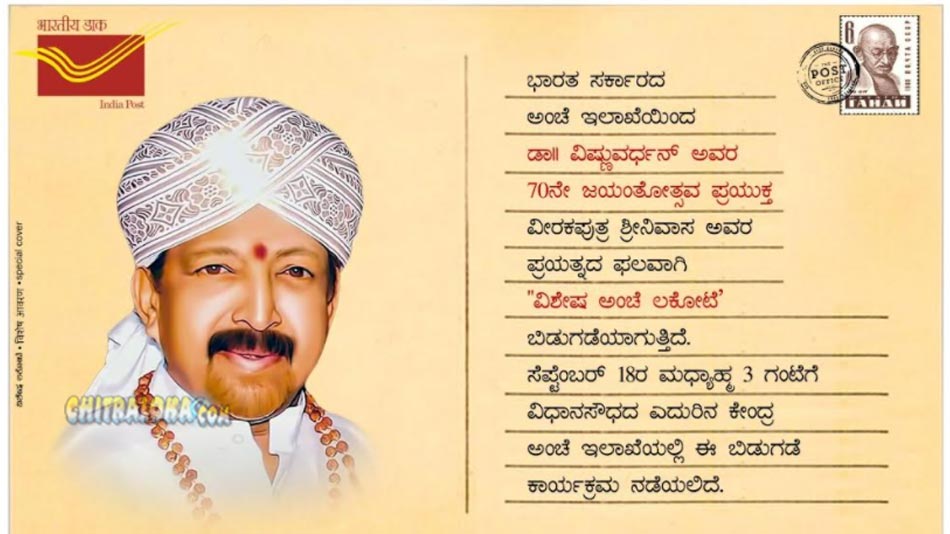 The Postal Department of the Government of India on September 18th released a postal cover in memory of Dr Vishnuvardhan's 70th bir0.

Earlier, the Postal Department had released a stamp in the memory of Dr Vishnuvardhan during the Centenary celebrations of Indian cinema. Vishnuvardhan was one among the 50 iconic personalities of Indian cinema and the only actor representing Kannada cinema. Now a postal cover has been released on the occasion of the actor's 70th birthday.

The event was held at the General Postal Office building in Bangalore. Actor-director 'Jogi' Prem, Dr Vishnu Sena Samithi president Veerakaputra Srinivas and others were present during the occasion.