Sharmila Seeks An Injunction Against Publication Of False Stories 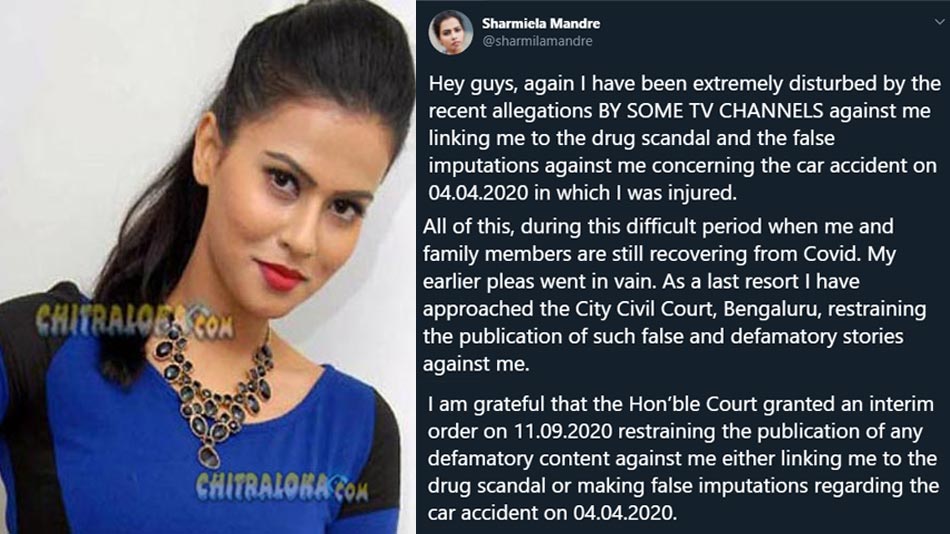 Actress Sharmila Mandre who is disturbed by the recent allegations by a section of media has sought injunction order for linking her to the drug scandal or making false imputations regarding the car accident.

Sharmila on Tuesday conveyed through a series of tweets that she has sought an injunction from restraining the publication of any defamatory content against her.

This is what Sharmila has to say about her stand by seeking an injunction order ...

I have been extremely disturbed by the recent allegations by some TV channels linking me to the drug scandal and the false imputations against me concerning the car accident on April 20th in which I was injured. .

All of this, during this difficult period when me and family members are still recovering from Covid. My earlier pleas went in vain. As a last resort I have approached the City Civil Court Bengaluru, restraining the publication of such false and defamatory stories against me.

I am grateful that the Honourable Court granted an interim order on the 11th of September restraining the publication of any defamatory content against me either linking me to the drug scandal or making false imputations regarding the car accident.