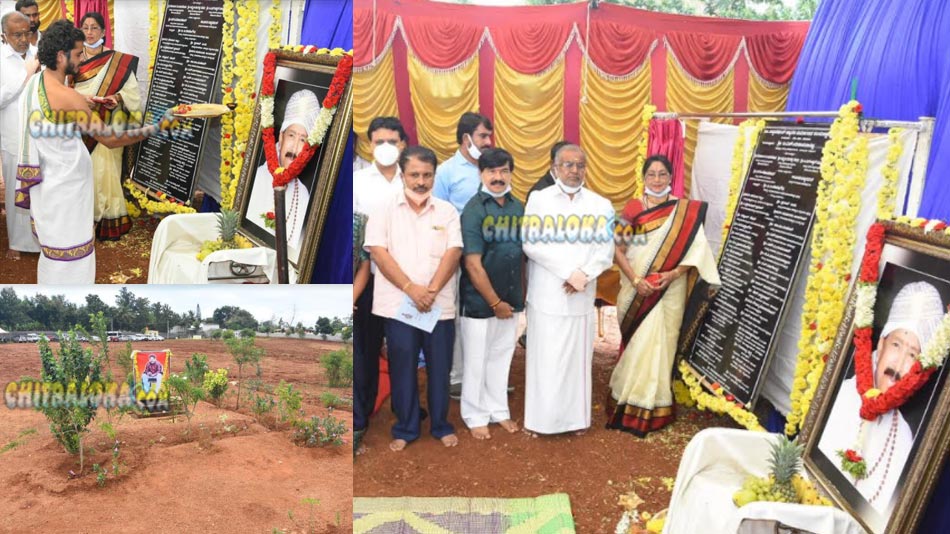 Finally, the Dr Vishnuvardhan Memorial work has started with the Bhumi Pooja at Halalu village on the outskirts of Mysore. While, Chief Minister performed the Bhumi Pooja virtually in Bangalore, the family members of the late actor was present at the site.

Yediyurappa said that Vishnuvardhan remains an inspiration to the people of Karnataka with his virtues. 'The work for the Memorial is already late. So, I urge the concerned authorities to complete the work at the earliest. Already Rs 5 crores have been initially released by the Government and the remaining will be released as the work progresses' said Yediyurappa.