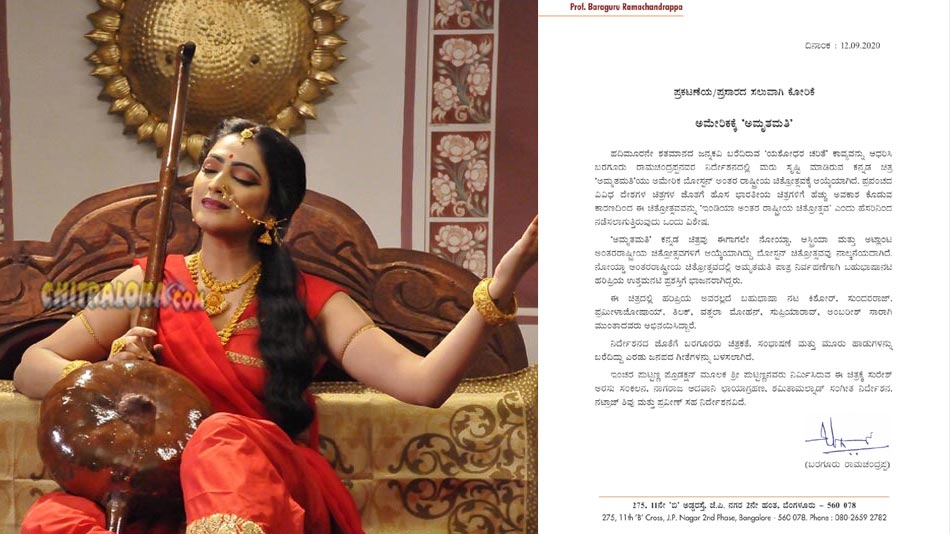 Haripriya starrer 'Amruthamathi' has been selected for the India International Film Festival in Boston from Sep 18 to 20.

'Amruthamathi's directed by Baraguru Ramachandrappa was earlier selected for Noida and Austria film festivals. Haripriya had also won the Best Actress award at the Noida Film Festival. Now the film has been selected for screening at the India International Film Festival in Boston.

Baraguru Ramachandrappa has scripted the film based on Janna Kavi's 'Yashodara Charitha'. Kishore, Haripriya, Tilak, Sundarraj, Pramila Joshai and others in prominent roles in the film.