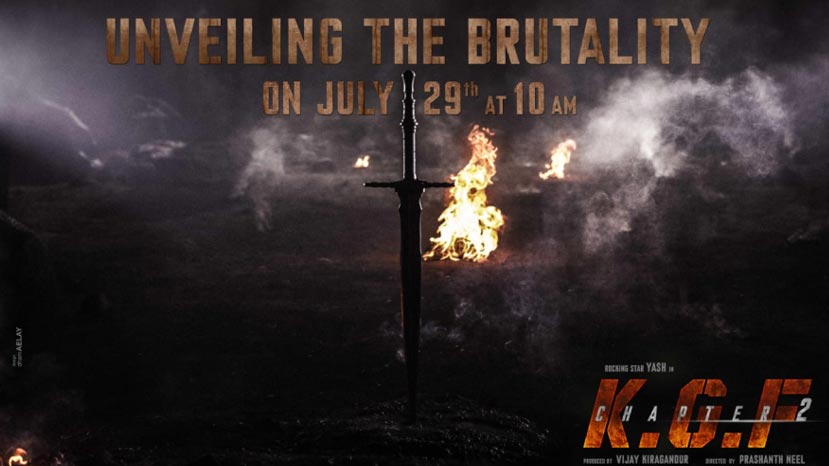 The post-production of 'KGF - Chapter 2' is in full progress . Meanwhile, the team has announced that it will be releasing something related to the film on the 29th of July at 10 AM.

The twitter handle of Hombale Films has released a poster with a caption called 'Unveiling The Brutality' On July 29th at 10 AM. So, what is the team planning this time, is yet to be seen.

'KGF 2' stars Yash, Srinidhi Shetty, Sanjay Dutt, Raveena Tandon and others in prominent roles. The film is produced by Vijayakumar Kiragandur under Hombale Films and Prashanth Neel has written and directed the film.