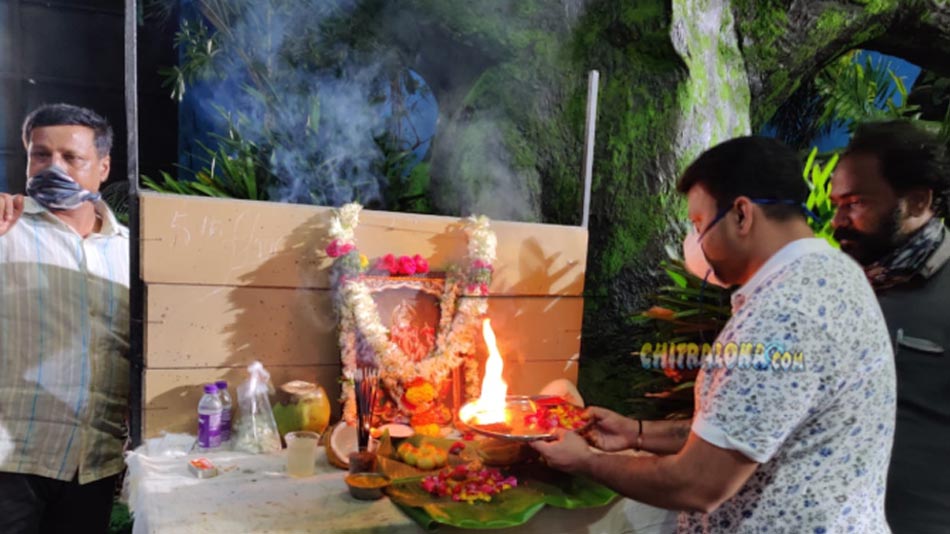 The shooting for Sudeep starrer 'Phantom' has finally resumed from Thursday in Annapurna Studios in Hyderabad, where special sets of forest have been erected.

The preparations for the shooting has been going on for the last one month and thousands of different plants worth Rs 50 lakhs were brought from Rajamundry to create a forest set. Set workers worked day and night and the sets are ready finally. The team has taken precautionary measures and will be shooting for almost a  month continuously.

One of the highlights is, workers of Kannada Film Workers and Technicians Union have been appointed by the team to work for the film. As the shooting is taking place in Hyderabad, it is quite natural that the workers of Telangana Union will be hired to work. But due to a special request from the Karnataka Union, producer Jack Manju has hired more than 200 workers from the Karnataka Union and has given work.

'Phantom' stars Sudeep, Shraddha Srinath, Nirup Bhandari and others in prominent roles and is being written and directed by Anup Bhandari of 'Rangitaranga' fame, The film is produced by Jack Manju. Earlier, Anup Bhandari was said to be composing the music for the film. Now Ajaneesh Lokananth has been roped in as the music director.