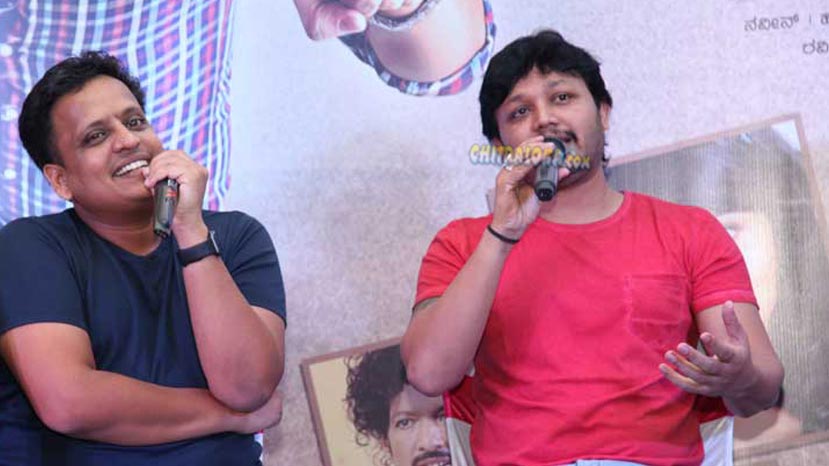 Prashanth Raj who had earlier directed Ganesh starrer 'Zoom' and 'Orange' is all set to score a hatrick. Prashantth Raj has announced another film with Ganesh and the film is likely to start next year.

Thursday (July 02nd) was Ganesh's birthday and on this occasion, Prashanth Raj not only announced the film, but also celebrated the actor's birthday in a simple manner. The director had arranged for a special cake and along with his team went to Ganesh's residence to celebrate his birthday.

Unlike the previous two films, this film will be a thriller and Prashanth is yet to complete the script. Meanwhile, the technical team of earlier films have been retained for this film also. While, S S Thaman will be composing the music, Santhosh Rai Pathaje will be handling the cinematography.