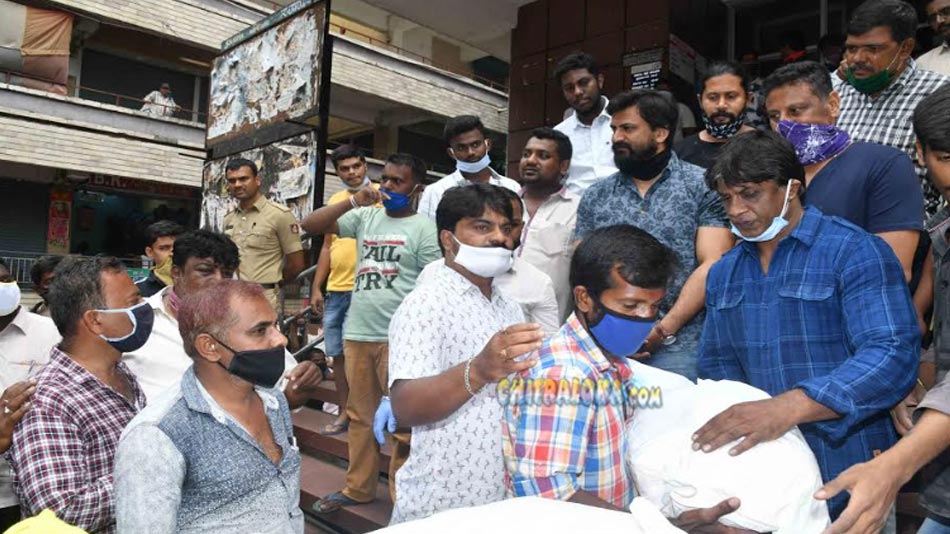 The 'Salaga' team on Tuesday distributed ration kits in front of Nartaki theater in Bangalore to theater workers who are badly affected by lockdown.

Before that, the team also garlanded the Dr Rajakumat statue at the Majestic circle and paid last respects to actor Chiranjeevi Sarja, who died of massive heart attack on Sunday afternoon.

'Salaga' directed by 'Duniya' Vijay is almost complete and is waiting for the film to be censored soon. The film is likely to be the first major film to be released once the screening in theaters resumes.