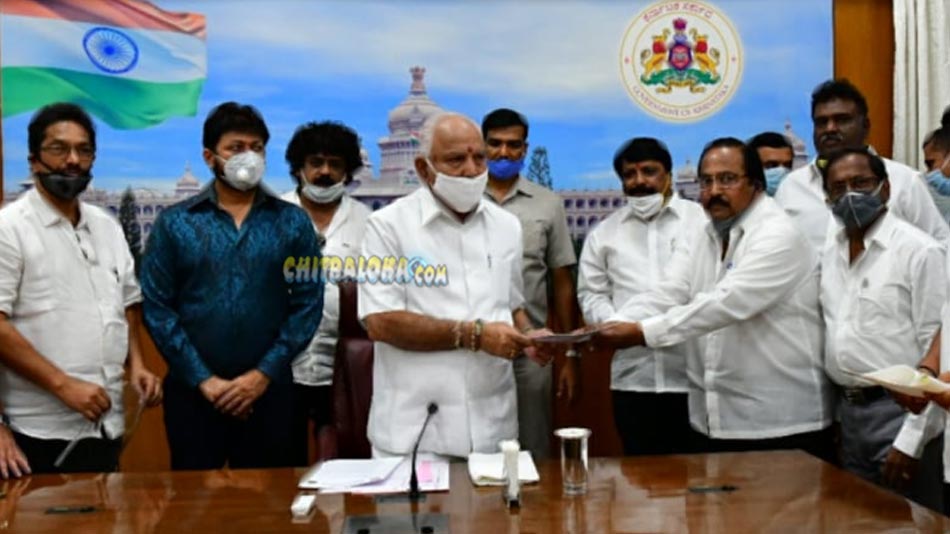 After the State Government gave its green signal allowing shooting of television serials with certain conditions along with easing restrictions to other sectors in lockdown 4.0, a delegation led by Karnataka Film Academy chairman Suneel Puranik including president of Karnataka Film Chamber Of Commerce Jairaj, KFCC former president Sa Ra Govindu met Chief Minister B S Yediyurappa, pleading with representation to allow film shooting in the lockdown 5.0.

"We have given a representation to the Chief Minister B S Yediyurappa to allow filming with limited crew once the lockdown 4.0 ends. We are hopeful after Yediyurappa has assured that he will look into it," says Mr. Suneel Puranik.

He goes onto add that Kannada film industry has suffered a loss of around Rs 500 crore due to lockdown. "More than fifty films have stopped with many of them left with just the shooting of songs and climax scenes to wrap up the shooting process. We have also assured that safety norms such as wearing of masks, and limiting crew during shooting will be followed," he said.

Also, the delegation urged the chief minister to allow operation of single screen theatres with certain conditions while the centre government decides on the fate of multiplexes.

The delegation also thanked the State Government for providing food item coupons worth over Rs 2 crore to various sectors of the Kannada film industry. The team also said that it has been requested to increase the ticket fare by Rs 5 so as to utilise the same for the producers welfare tr