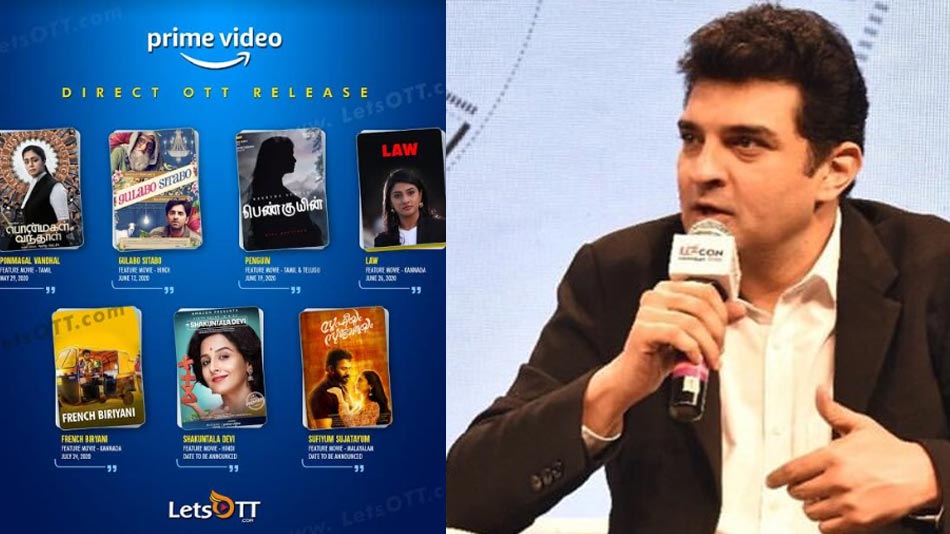 A day after a film exhibitor stated producers deciding to release their movies directly on OTT Platforms calls for 'retributive measures', the Producers Guild of India has hit back saying that it is disappointing to see abrasive and unconstructive messages when the film industry is going through difficult times especially when cinemas are closed for the foreseeable future.

It states that the production sector just like the exhibitor sector is facing hundreds of crores of losses on a daily basis.

It cites various issues highlighting the plight of production with elaborate sets being erected at huge costs before the closure of cinemas, mounting of interest amounts, reopening of cinemas, low occupancies in future, overseas theatrical market, and huge backlog of release amongst others.

It further adds that in these unprecedented times, it is important that each stakeholder understands and emphasises with the predicament of the other, rather than adopting an adversarial stance.

It adds that it also empathises with the Exhibitors and would like to work collaboratively with the exhibitor sector once the cinemas re-open, so to bring back audiences in large numbers to experience the movies in the way they were always meant to be enjoyed - at the theatres.

Do Not To Skip The Theatrical Run: Inox Urge Content Creators

Theaters To Open With Conditions From June?

State To Decide On Allowing Shooting of Movies & TV Shows

India Under Total Lockdown for 21 Days!