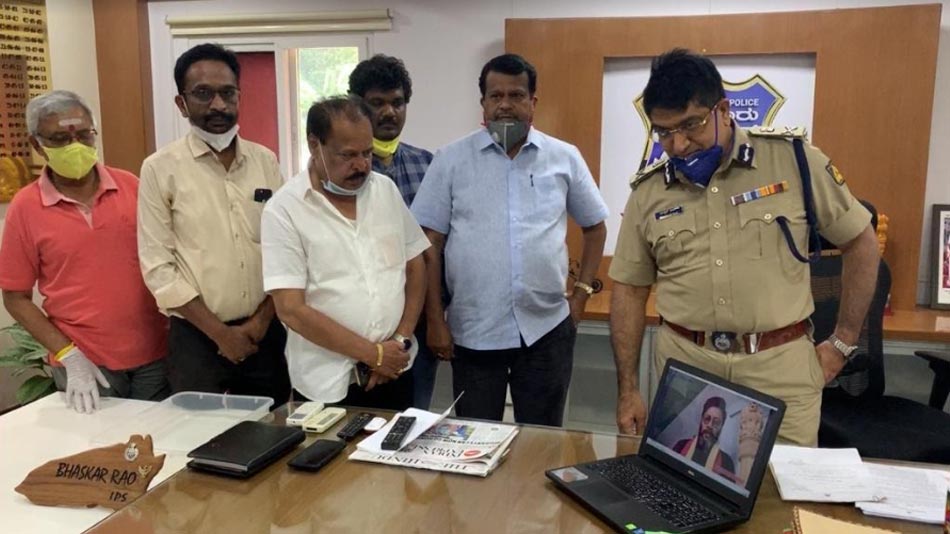 Renowned filmmaker S V Babu salutes Karnataka Police through a specially made video for their selfless service fighting against Coronavirus pandemic. State award winning composer Abhiman Roy joined the hands with Mr. Babu in the making of this video for which Dialogue King Saikumar has rendered his voice, who depicts the message in the video, saluting the police department for their noble cause with their services during the lockdown period. 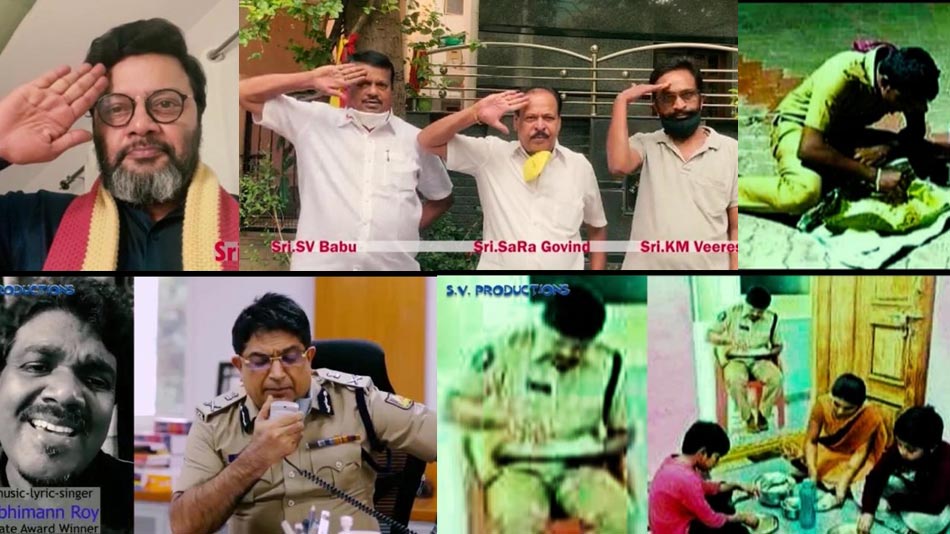 Along with Mr. Babu, Sa Ra Govindu, Chitraloka editor K M Veeresh, PRO Ananth were present on the occasion of the video release by the city police commissioner.

Producer S V Babu, who extends his gratitude towards the police department for the services in these difficult times, has been helping nearly 600 police persons who are working under the scorching sun on the roads during the ongoing lockdown period by distributing curds and biscuits on a daily basis.