Ranadheera Kanteerava, An Inspiration Now And Forever For Sandalwood 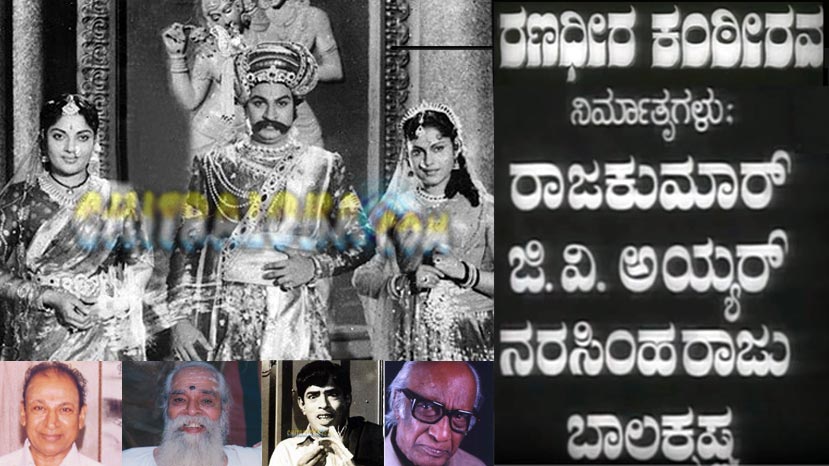 The Kannada film industry in the late 50s witnessed decline since not many producers came forward to produce movies due to financial constraints. It resulted in a huge crisis with artists, technicians and workers facing the heat until a group of artists along with few technicians decided to take a risk, which eventually changed the course of Sandalwood forever.

Led by Kannada thespian Dr. Rajkumar along with Balakrishna, Narasimharaju and acclaimed writer G. V. Iyer.l, they formed Kannada Chalanachitra Kalavidara Sangha, to produce the iconic movie - Ranadheera Kanteerava. After initial hiccups with its release in 1960, the rest is history. It changed the fate of Kannada film industry by re-entering into its golden era.

Ranadheera Kanteerava is also the only film in the entire film career of Dr. Rajkumar, wherein he is credited as one of the producers of the film in the title card of the movie.

The team effort shown by the then legendary actors and technicians is a perfect example as to how the industry should face any situation with patience, perseverance and sheer hard work.

How the Kalavidhara Sangha back then managed to finance for the film is another fine example of teamwork and dedication with artists including Rajkumar, Narasimharaju, Balakrishna and many others touring all across the State, performing dramas, skits and so on to raise the money. It helped Mr. BS Ranga floated Production Company & Produced the eternal classic movie.

The nationwide lockdown due to Coronavirus has certainly hurt the growth of every sector including the film industry with huge money being invested, and are in the verge of irrecoverable loss. Ranadheera Kanteerava serves as an example to the present generation of filmmakers to not lose their faith and do their best to bring the industry back on its feet during tough times such as the present one which has completely lockdown the industry for several weeks.