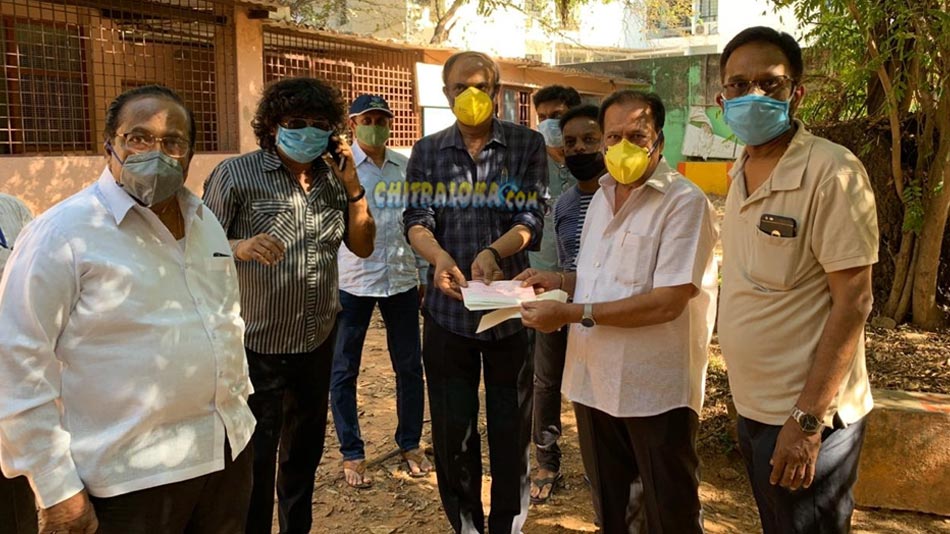 Acting on his assurances to support the Kannada film workers who are facing difficult times with no work due to nationwide lockdown, to fight against the spread of deadly Coronavirus, actor and politician Nikhil Kumarswamy has issued around Rs. 30 lakhs of cheque in favour of Okkuta, a body comprising of Kannada film workers from around 20 various association within.

Sensing film worker's hardship due to film activities coming to a complete halt, Mr. Nikhil Kumarswamy had requested his father Mr. H D Kumaraswamy, the former chief minister and also a film producer and distributor to support them in these difficult times.

Initially, Mr. Kumaraswamy had decided to distribute essential food supplies to each film workers but with logistics difficulties in reaching everyone, Mr. Kumaraswamy through his son Mr. Nikhil has donated money to be issued to all film workers individually by crediting directly into their bank accounts.

Okkuta heads will distribute the amount equally amongst 20 plus film worker's associations, to be credited into their bank accounts directly. 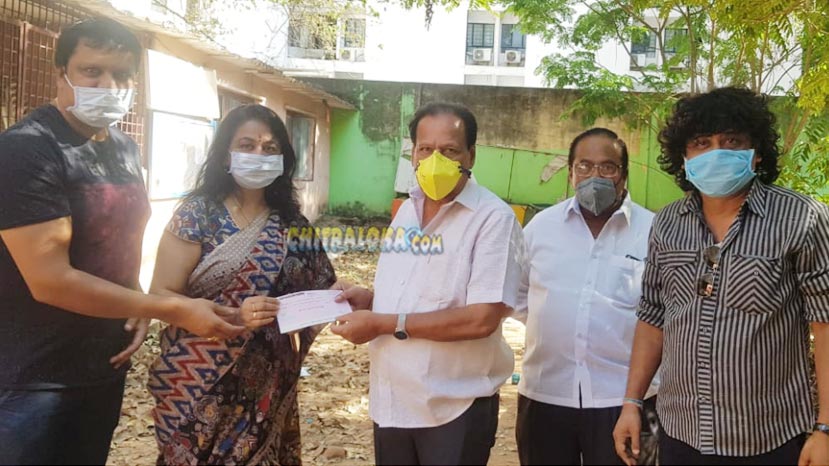 Also, Mr. Nikhil Kumaraswamy has agreed to support around 500 similar workers from Kannada television industry after Mr. Sa Ra Govindu requested him to extend his support to the small screen workers too. KTV President Abhinaya and Umakanth took the cheque of Rs 5,00,000/- from Sa Ra Govindu given from Nikhil Kumarswamy

Kfcc past presidents Sa Ra Govindu handing over the cqs to Okkutta secretary Ravindra given by Nikhil KUMARASWAMY. KFCC president Jairaj, Vice President Umesh Banakar and KM veeresh was there.