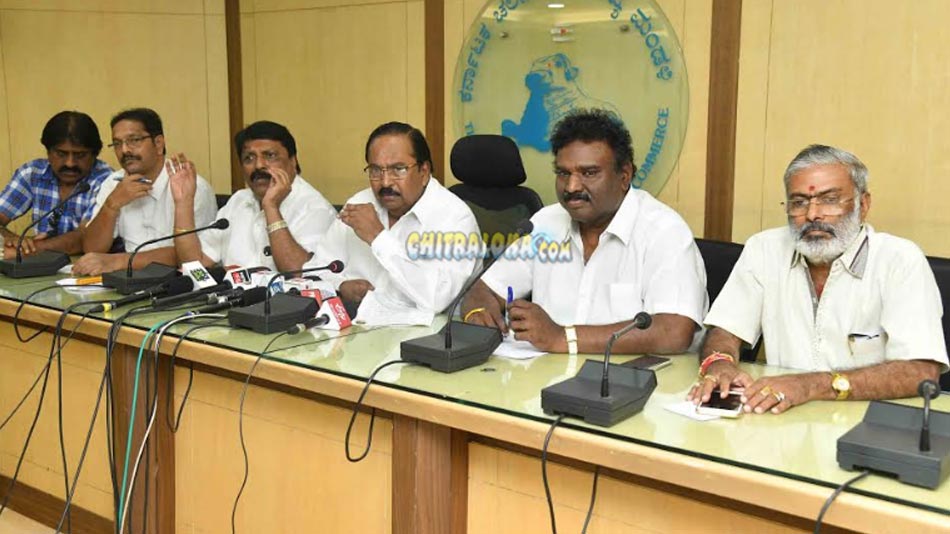 In a special body meeting jointly held by Karnataka Film Chamber of Commerce (KFCC) and the Film Producer's Association, it has been decided to support the public cause to stop all kinds of film related activities till the State Government lifts the lock down imposed as preventive measures against the spread of Covid-19 virus causing Coronavirus disease.

However, both the KFCC and Producer's Association which says that the Kannada film industry has suffered a huge loss since the lockdown from March 14, which now stands extended.

Insofar to tackle the effects on the industry, the two bodies have taken few steps to minimise the damage. Of the many, it has mainly requested the film exhibitors including digital cinema distribution network such as UFO and Qube and others to give first preferences to those movies which were being screened as part of the previously released schedule on the day when the State Government imposed the lockdown.

Insofar as shooting of films, the body has decided to allow the shooting of those movies which are currently shooting and can wrap it up in a day or two. Meanwhile, they are advised to follow all precautionary measures such as utilizing minimal crew who are necessary for the shooting and to provide them with face masks, hand sanitizers and so on.

Also in case of artists and technicians hailing from other states and foreign countries working for a film, the KFCC has issued directives to the film team to make sure that they are subjected to health check-up and are issued with necessary certification that they are healthy and Covid-19 free from the concerned government health departments. They are also told to collect all necessary information about such persons taking part in the film shooting and other activities.

Following directions from CBFC, the Kannada film body has requested the filmmakers to postpone muharats of all new films and film shooting until the State Government lifts the lock down.

It is also advised to all those filmmakers who are ready with their films for release, to not create confusions over the announcing the film release dates for the month of April and May.

The KFCC has also decided to postpone all its activities such as meetings until further notice as preventive measures against the spread of the  deadly virus.