No shooting of Films, TV & All Forms Of Digital Contents Till March 31 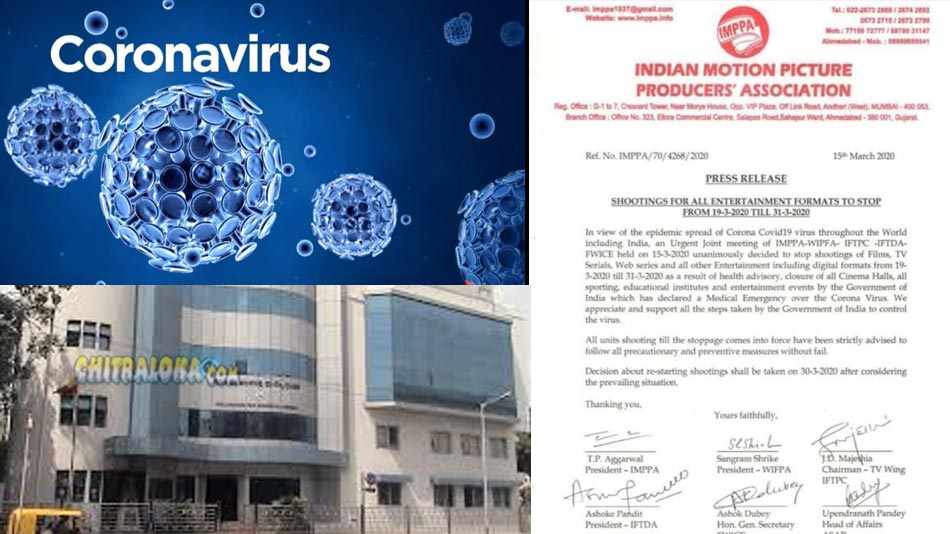 No Shooting of Films, TV and All Forms of Digital Contents till March 31st

Following preventive measures against the spread of deadly virus - COVID-19 (Corona virus Disease), the various wings of Indian entertainment industry including film, television, web series, and all forms of digital formats have decided to stop shooting until March 31.

While supporting and appreciating the cause initiated by the government to close all cinema halls, the Indian Motion Picture Producer's Association along with Western India Film Producers Association, Indian Film and Television Producers Council, Indian Film and Television Directors’ Association and the Federation of Western India Cine Employees which met on Sunday for an emergency meeting, have unanimously decided to cancel shootings until March 31.

Previously, the Karnataka Film Chamber of Commerce (KFCC) too had decided to stop all film related activities until the State Government lifts the ban which it has enforced for a week as precautionary measures against the spread of Corona virus.

Whereas, Film Employees’ Federation of South India (FEFSI), on Monday evening has announced that all shootings will be halted starting March 19, Thursday, until further notice. It includes shooting of films, television and even commercials.