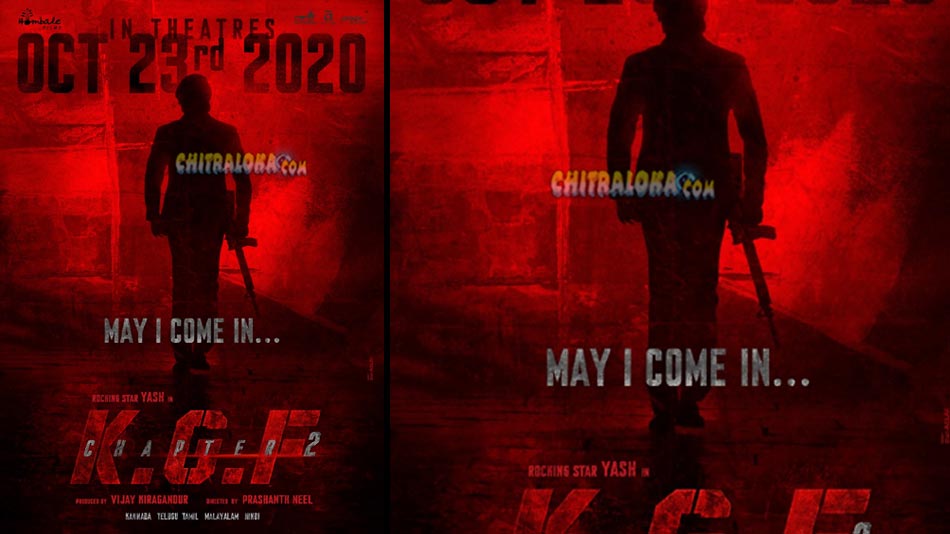 KGF Chapter 2, is all set to be bigger than the First Chapter. The makers of the movie is all set to release the film on Oct 23rd 2020. The Mega budget film is lined up for a Dasara release worldwide, which is also a holiday season.

The makers of the movie, took social media platform to announce the release date to fans and cine goers.  The poster gives chills to the fans as the captions says 'May I Come In" with red bloodish background and a Silhoutte of Yash holding a Gun.

Recently, Bollywood actress Raveena Tandon finished her part of the shoot while the team is currently busy with the sequences involving Sanjay Dutt and Yash.

KGF 2' is being written and directed by Prashanth Neel and produced by Vijaykumar Kiragandur of Hombale Films. The film stars Yash, Srinidhi Shetty, Sanjay Dutt, Raveena Tandon , Malavika Avinash and others in prominent roles.