` No Discussions To Close Theatres In The State Due to Coronavirus: KFCC - chitraloka.com | Kannada Movie News, Reviews | Image

No Discussions To Close Theatres In The State Due to Coronavirus: KFCC 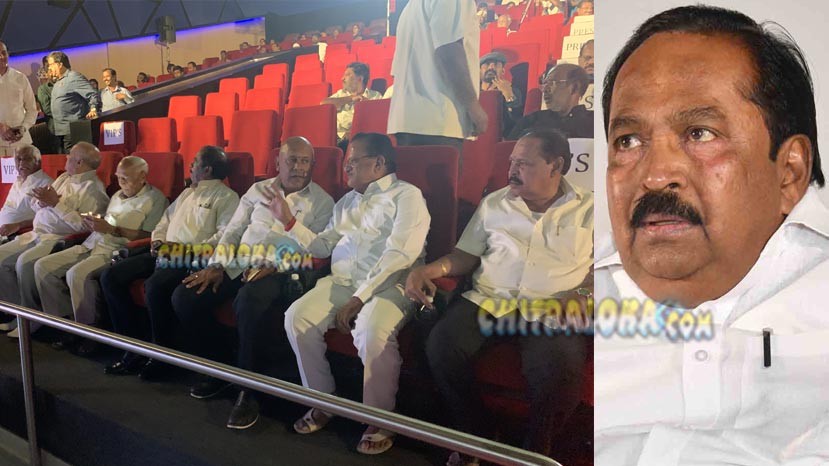 No Discussions To Close Theatres In The State Due to Coronavirus

While the numbers are going up with regard to Coronavirus outbreak in India and four cases turning positive in Bengaluru, the State Government is on war footing creating awareness and taking precautions to prevent the spread of the deadly virus.

Has the virus affected the film industry? Well, the answer to it is not alarming. Though Sandalwood admits that it has slightly affected but the audience who are aware of its spread are coming well prepared to theatres with masks.

Whereas in respect of any talks to close down theatres on the lines of Kerala Government directing to close the movie theatres following the rise in number of Coronavirus cases there, the Kannada Film Chamber of Commerce said that there has been no discussions so far to close the theatres in Karnataka.

"There has been no discussion so far taken up in the KFCC to close the theatres following Coronavirus outbreak in the State. However, the KFCC is meeting today to discuss the percentage system to be implemented in theatres," said KFCC president Mr. D R Jairaj.

Further speaking to Chitraloka, he said that in Kerala theatres have been closed following the orders of the Government. "Here in Karnataka our State Government itself has told that there is no need to worry due to Coronavirus in the State. When such is the case how can we close the theatres," asks Mr. Jairaj.

He goes onto add that there are only four positive cases detected in Bengaluru alone and nowhere else.

"Tomorrow (Friday) movies are getting released and the producers have already spent a lot of money for publicity and its release. Its upto the producers to decide but we are not telling any producers to stop the release," Mr. Jairaj signs off while clarifying the KFCC's stand on the move to not close theatres in the State.