Chaos & Confusions at BIFFes, Thanks to Book My Show 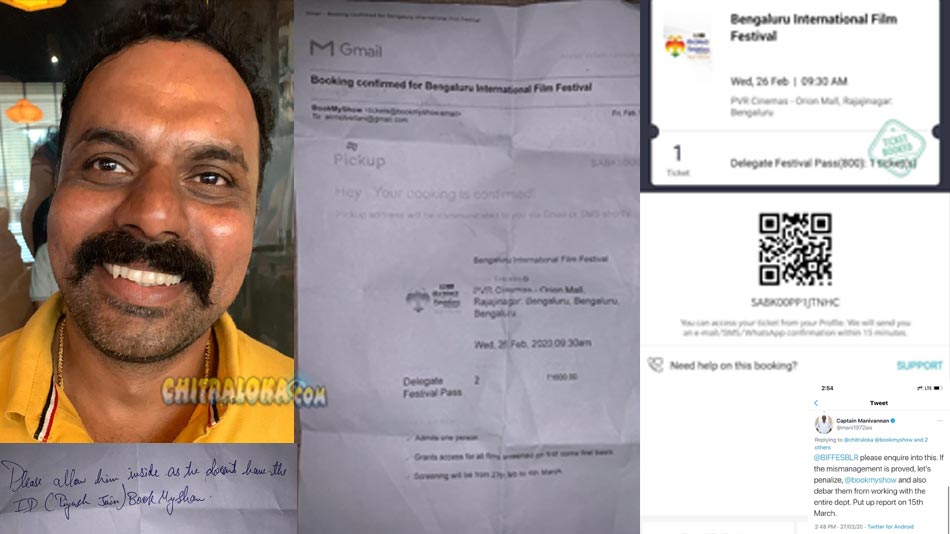 Chaos and Confusions at BIFFES

The 12th Bengaluru International Film Festival (BIFFes) which is underway after a grand opening, has kick-started on a wrong footing with chaos, confusion and even causing embarrassments to several on the day one of the weeklong event, showcasing the best of movies from across the globe.

For instance, writer, journalist and filmmaker Chakravarthy Chandrachud who had booked a delegate pass for the festival on Wednesday through the designated online ticketing portal -Book My Show, was surprised to witness that he was not allowed despite having the legitimate ticket booked through BMS.

It is learnt that the organisers refused to provide the Delegate Pass despite showing the ticket booked on BMS and its ID. "What was the need to check the identity cards even after having booked the tickets through Book My Show. The person has even shown Aadhaar and PAN cards for identification purposes. Despite this, the organisers have not issued the pass. Only after the intervention, a handwritten note by a concerned, directed to allow the person for having no ID!" said a film enthusiast who too faced difficulties to gain entry after having booked the tickets through BMS.

When Chitraloka brought it to the notice of the concerned, Information and Public Relations Department secretary Captain P Manivannan has immediately directed BIFFes to conduct an enquiry while stressing for penal action if mismanagement is proved and further to debar BMS from working with the entire department. He has asked for a report to be put up on March 15.