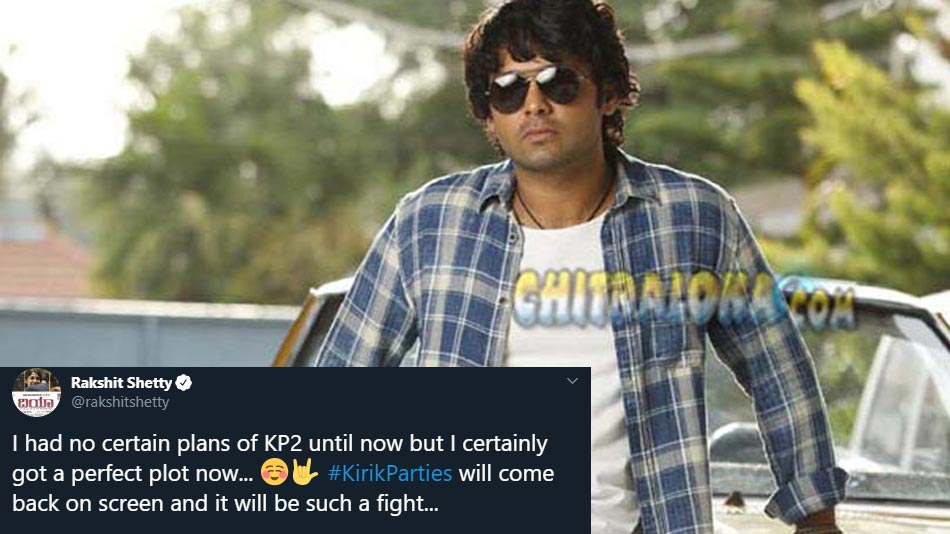 Apart from raising the stardom of Rakshit Shetty and giving Sandalwood another multi-talented director, Kirik Party gave birth to star actress Rashmika Mandanna, who went onto shine in other languages along with delivering blockbusters in Kannada starring alongside leading star heroes. That's not all, it was the debut of Samyukta Hegde in Kannada before she went onto feature in reality show and other films.

While there was always a rumor of its sequel, the Avane Srimannarayana star Rakshit Shetty, who had penned the story of Kirik Party has now confirmed that Kirik Party 2 is going to happen in the near future.

Talking about its sequel, Rakshit shares that until now he had no certain plans of KP2 (Kirik Party 2) but now with a perfect plot, the Kirik Parties (cast and the technical team) will come back on the screen and it will be such a fight.

With the announcement, the fans of Kirik Party are elevated and eagerly awaiting another big party to unveil on the silver screen