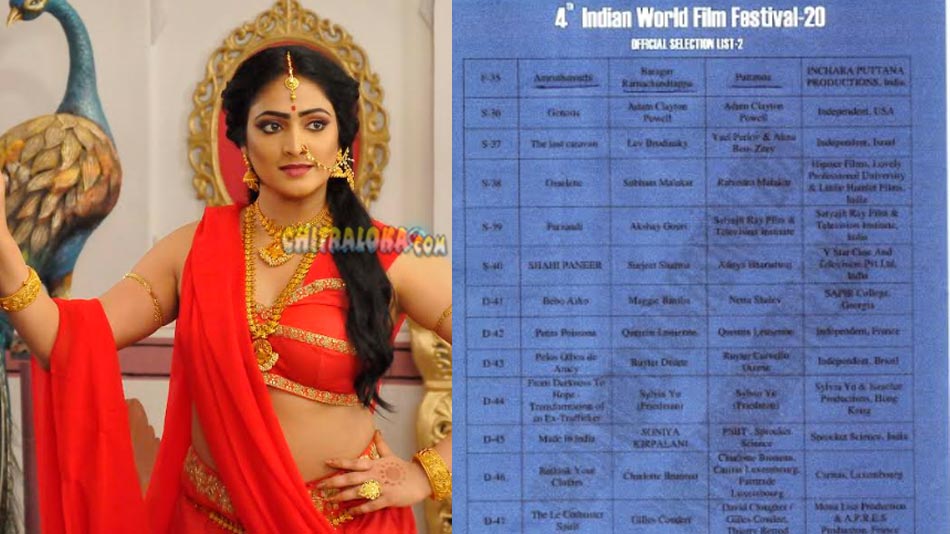 Writer-director Baraguru Ramachandrappa's latest 'Amruthamathi' starring Kishore, Hariprriya and others in the lead has been officially selected for screening during the 4th Indian World Film Festival, which is scheduled to be held in Noida.

The film is also selected for competition at the festival under three categories - best picture, best director and best actress in a leading role. The period film is based on Yashodhara Charite, a popular work from Mahakavi Janna.

Hariprriya plays the protagonist's role of Amruthamathi, a wife of Yuavaraja Yashodhara who falls in love with Ashtaavanka, who tends to the horses in the palace.

According to the makers, Amruthamathi revolves around the wife of yuvaraja yashodhara, Amruthamathi, who  is unhappy with the royal lifestyle. "One day she accidentally hears a song sung by a servant Astaavanka, who tends to the horses. She falls in love with him. The story will be from the point of view of the queen, webbed around the conflict of values in the mind of Amruthamathi."