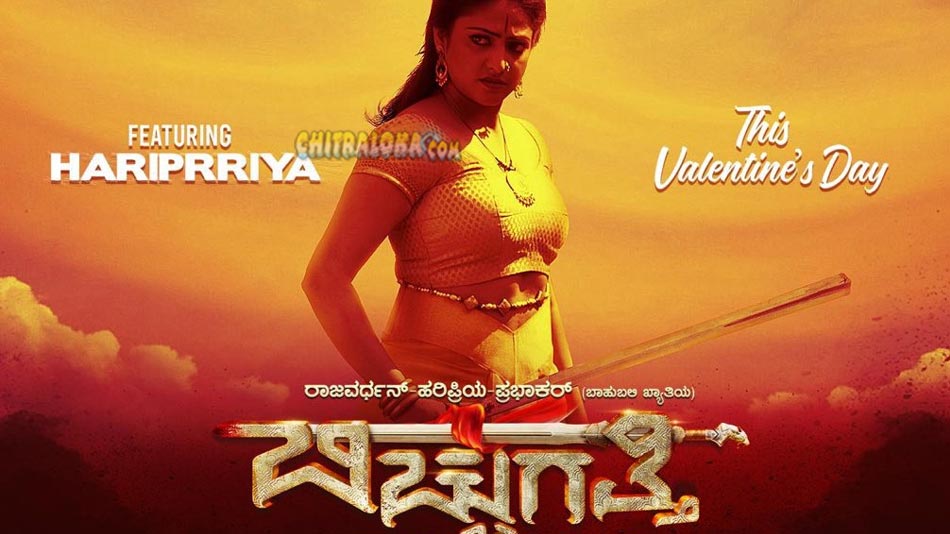 One of the most beautifully talented actresses, Hariprriya is riding high on her recent successes and most importantly for her notable performances. With a couple of projects in her kitty, the actress is yet again in the news for her brand new look in the upcoming release 'Bicchugathii Chapter 1'.

Starring alongside the Rajavardhan, son of popular actor Dingri Nagaraj, Hariprriya plays a vital role in the film directed by Hari Santosh, which is based on the novel by B L Venu.

The historical venture sees Hariprriya in a de-glamorous role whereas Rajavardhan plays the role of Baramanna Nayaka from 15th Century. One of the highlights of this one is Nadabrahma Hamsalekha, who has composed the music for Bichugathii Chapter 1, and actor Prabhakar of Bahubali series fame playing the antagonist's role.