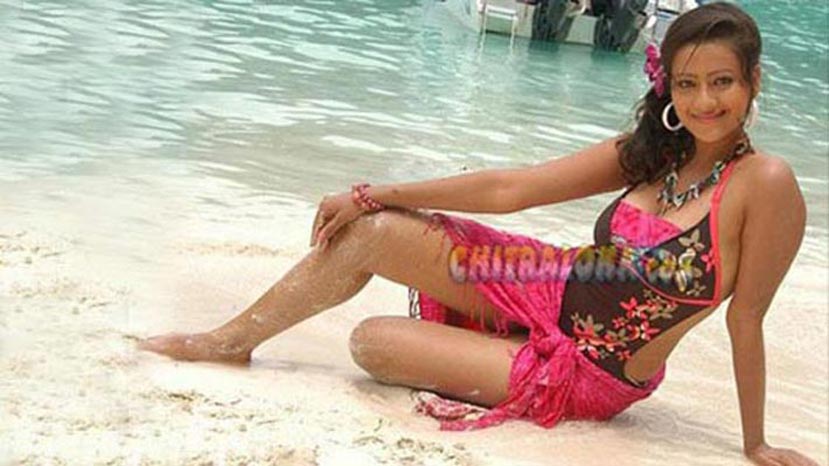 Madalasa Sharma had earlier acted with Challenging Star Darshan in the film "Shourya'.  Even in the film Shourya, the actress was not the first choice and she replaced  actress Ragini who lost out the chance mainly because she had participated in an item song in the film  Gokula.

Santhu, the director of "Dove' confirmed that Pragna has been replaced and already portions featuring the new replacement Madalasa Sharma has been shot.  Apparently, Madalasa Sharma who plays the role of  a bold girl  had not objections to the content of the script written by Santhu.