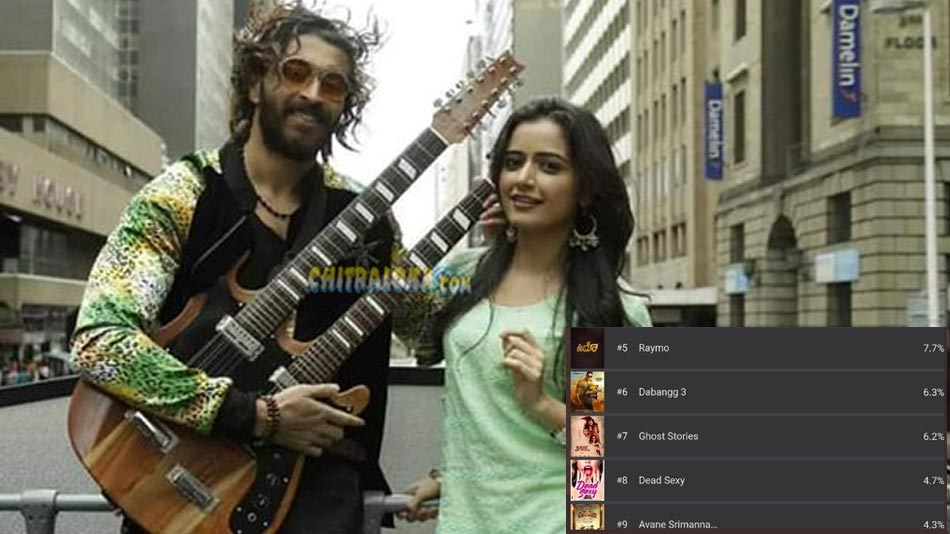 Look who is trending on top at national level by overtaking the mighty Dabangg 3 and Avane Srimannarayana. According to IMDB, it is Pawan Wadeyar's next - Raymo starring Ishan and Ashika Ranginath, which is trending at fifth position under global movies and TV trending in India.

The film produced by C R Manohar, the motion poster of Raymo was released yesterday, which showcases Ishan in a rocking star avatar while claiming it to be a 'noble' love story.

While Raymo has been trending above, Dabangg 3 starring Salman Khan and Kichcha Sudeepa is trending at 6th and whereas Avane Srimannarayana, which was released in Telugu, Tamil and Malayalam after Kannada, is trending at ninth spot.

Following the tremendous success of Natasaarvabhowma starring Power Star Puneeth Rajkumar, the director shares that he is doing a full fledged romantic tale after Googly in his career, and promises that the audience will definitely love Raymo too.