Avane Srimannarayana Gets Craze in USA 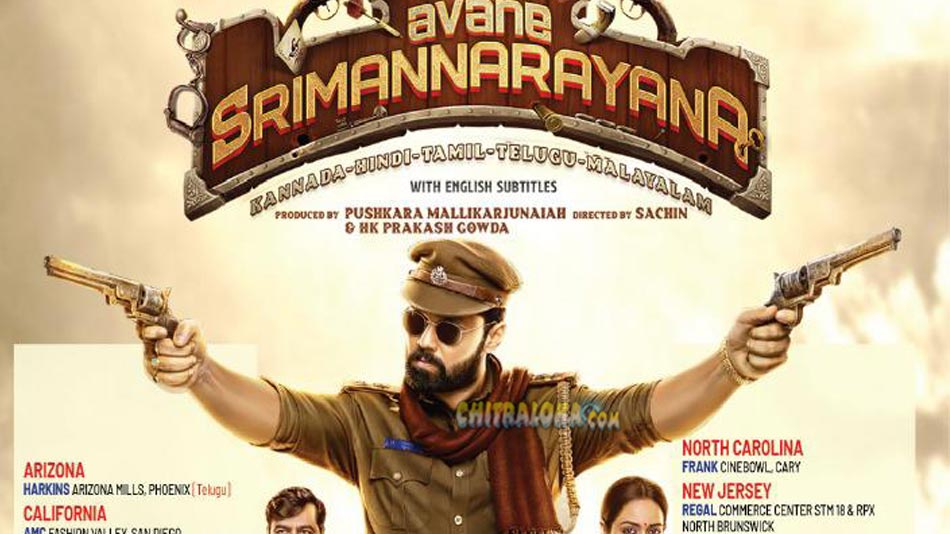 The biggest block buster Avane Srimannarayana movie has taken a grand opening in USA theaters. Audience are appreciating the movie.

Made under Pushkar Films banner by Pushkara Mallikarjunaiah, the film directed by Sachin stars Rakshit Shetty, Shanvi Srivastava and others in a fantasy thriller set in the 80s.

The first to release was in Kannada on last year 27th December and whereas the Telugu version of it titled Athade Srimannarayana was released on January 1. Tamil and Malayalam versions - titled Avane SrimanNarayana and Avan Srimannarayana will hit the screens on January 3.