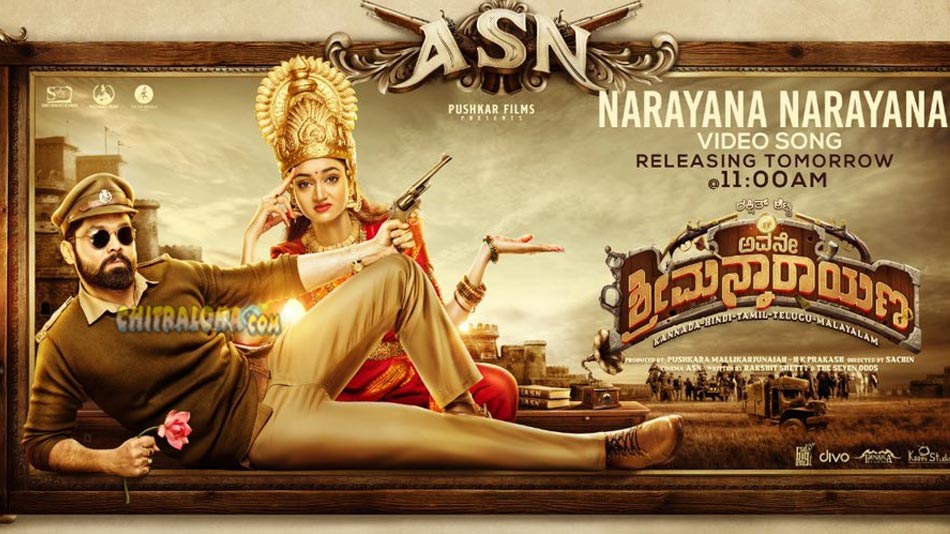 After the hands up challenge created a lot of buzz, Avane Srimannarayana is back with His second video song, for His fans to chant Narayana Narayana.

The song composed by Charan Raj, to which Anurag Kulkarni performs to the lyrics penned by Nagarjun Sharma is released by the Pushkar Films ahead of the grand release of Avane Srimannarayana on December 27.

The Telugu, Tamil, Malayalam and Hindi versions are slated for releases in January 2020 on different dates.

The advance booking for the film is already selling like hot cakes with sure signs of breaking the previous records set by Kirik Party. Avane stars Rakshit Shetty, Shanvi Srivastava in the lead along with others including Rishab Shetty in a special role.