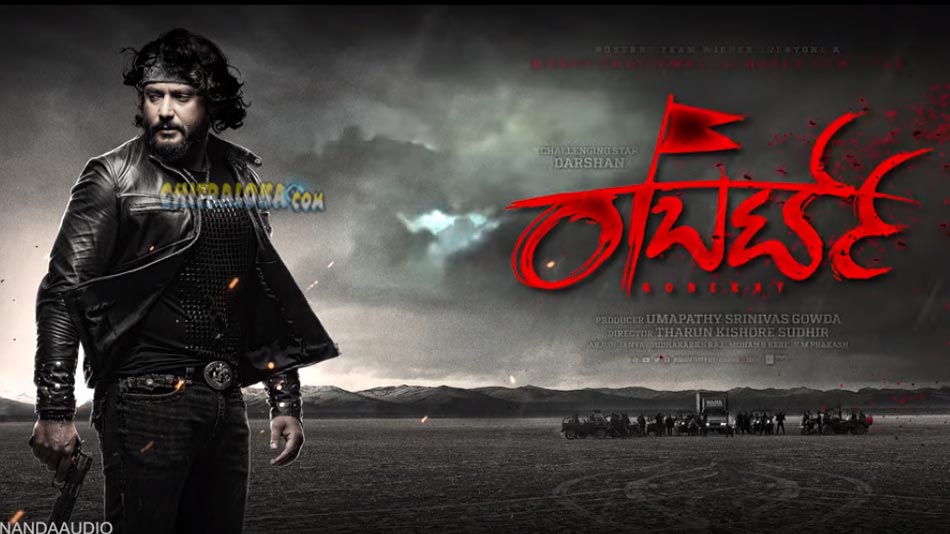 With less than 24 hours after Challenging Star Darshan's first look motion poster from his next most anticipated film Roberrt was released, the D- Boss craze has gripped social media with more than 800K views so far registered on YouTube alone!

Produced by Umapathy Srinivas GOWDA under his banner Umapathy Films, Roberrt starring Darshan, Asha Bhat and others in the lead had recently wrapped up the shoot in northern states of India.

The first look motion poster presents Challenging Star in a brand new look with a new hairdo, a cross around his neck and a gun in his hand as the background score saying 'Baa baaa Nan ready...'.

Directed by Tharun Sudhir, Roberrt is getting ready, to roar in the first quarter of 2020. With three back to back hits for Darshan in 2019, his fans are in a for another big treat with Roberrt in the final stages inching closer to release.