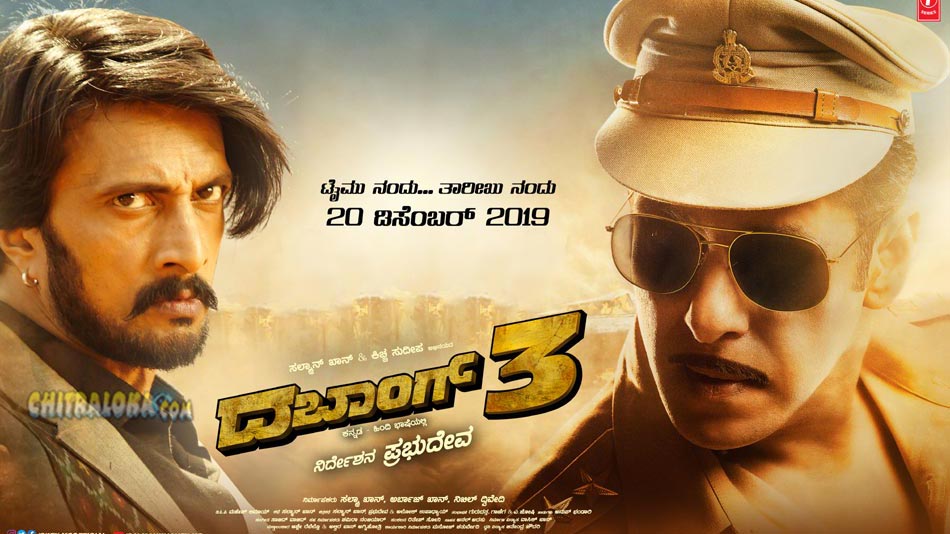 Bollywood superstar Salman Khan will soon team up with Abhinaya Chakravarthy Kichcha Sudeepa, to bring Chulbul Pandey up and close to the Kannada audience. Dabangg 3 which is also releasing in Kannada along with other languages including Telugu, Tamil and Hindi, will witness Dabangg 3 stars promoting the cop drama in Bengaluru in the coming days.

It is learnt that Salman Khan will soon fly to Bengaluru, wherein he will join Kichcha Sudeepa, to promote the movie with a series of publicity activities lined up by the makers along with director Prabhudeva and producer Arbaaz Khan, who are also expected to join the two stars.

The Kannada trailer of Dabangg 3 which has already witnessed more than 3.1 million views, has raised the expectations with none other Salman Khan delivering his dialogues in Kannada and Kichcha packing it will furious action sequences.

That apart, another Kannada director Anoop Bhandari has penned the lyrics for Dabangg 3's Kannada version and Gurudutta Ganiga penning the dialogues for it.

Shivaraj KR Pate, Sundar, Veena Sundar, Dharma, Chandrakala, Govinda Gowda including Ravishankar Gowda has done the voiceover for the character in ‘Dabangg 3 Kannada, which is set to hit the screens from December 20.