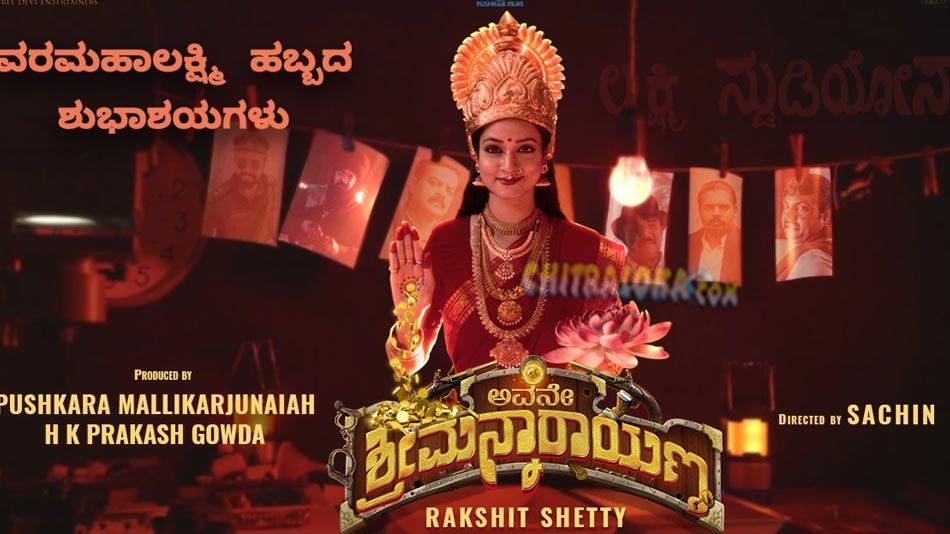 The prettiest and one of the talented actresses in Sandalwood, Shanvi Srivastava, the Lakshmi of Avane Srimannarayana celebrates her birthday today. The Varanasi girl, who is now settled in Mumbai made her sandalwood's debut four years ago in Chandralekha and went onto to act in several hit films including Masterpiece, Saheba, Tarak, Mufti and Geetha.

She plays Lakshmi in Srimannarayana starring alongside Rakshit Shetty which is all set to hit the screens worldwide in the last week of this month, releasing in five languages.

The award winning actress, for her performance in Tarak, has even dubbed her own voice for both Kannada and Hindi for Avane Srimannarayana, which is set in the 80s in an imaginary place where all the action happens. She plays a journalist in it produced by Pushkara Mallikarjunaiah, and directed by Sachin. Her sister Vidisha Srivastava, also an actress had acted alongside Challenging Star Darshan in Viraat.

Chitraloka wishes Shanvi, the Lakshmi a very happy birthday and a great year ahead as Avane Srimannarayana is set to rock pan-India and abroad from December 27.