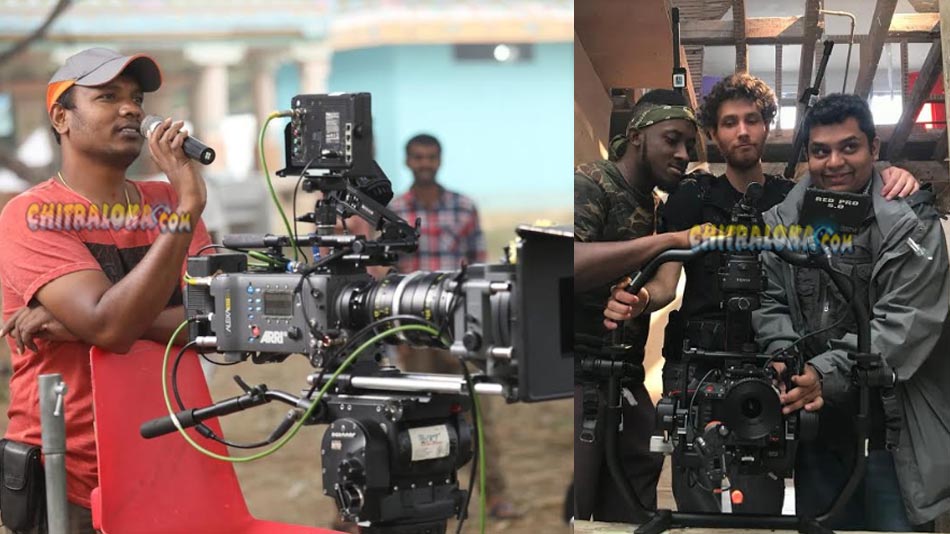 The Upcoming thriller by the Debutant Director and Producer Samarth Naik will be a treat for its professional and international standard picturization as 3 experienced and professional cinematographers have come together to give the film a Midas Touch. One of them even has  experience of Cinematography projects from Hollywood movies. The trio cinematographers who have worked their magical want to produce the best cinematography for the movie are:

Jome Joseph: Jome Joseph is a cinematographer based in London with several big titles to his credit. Cinematography has always been a passion for Jome right from his very young days. Although he went on to finish his graduate studies in Medicine from Europe, he took to his passion by mastering in cinematography. He is a graduate of Met Filim School , London. He holds a Masters degree in Cinematography.

Samarth had seen lot of Jome Joseph's works and after he had finished his script he approached Jome Joseph and convinced him to work for his upcoming movie 'Moksha'.  Samarth says “with Jome on board, Moksha has already got its celebrity status and this is the best elevation that it deserved “.

Guru Prashanth Rai: Technically very sound person, Guru Prashanth Rai is always creative in his ideas, & he is one of famous cinematographer of Kannada industry. He has earlier worked with big names like Shiv Raj Kumar's, 'Mass Leader' and other movies like 'Rose', 'Victory 2'. He also has a vast experience in a lot of Ad films and Documentaries.

Kiran Hampapura: An expert in capturing beauty and best frame work on his camera, Kiran Hampapura is an expert visualizer that makes him different from others. Kiran is also well known cinematographer of kannada industry, who has earlier worked on movies like Jatta, Gombegala, Beautiful Manasugalu, upcoming movie Singha and many more.

Moksha already holds a lot of promising characteristics and will be a treat for all movie buffs. The care to minute details and the professionalism in vital parameters of the movie like Cinematography is sure an alluring factor that makes it a 'must watch movie'.