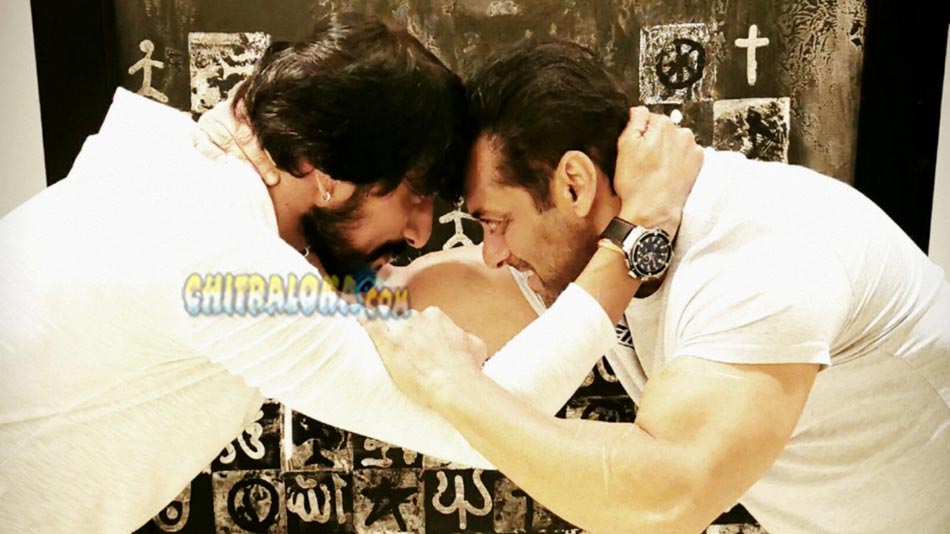 Abhinaya Chakravarthy Kichcha Sudeepa and his friendship with Bollywood superstar Salman Khan is a well known fact by now especially after Dabangg 3, which brought them even closer.

The good rapport between the two star actors has reached to another level after Salman Khan himself asked namma Kichcha Sudeepa to help him out to dub his own voice in Kannada for Dabangg 3, which is set for release in multiple languages including Kannada.

Kichcha Sudeepa has revealed that he was pleasantly surprised when Salman Khan expressed his desire to dub his voice in Kannada and asked him to help him out for the same. Overjoyed with it, Kichcha was over the moon and readily accepted to do his best to teach Kannada to Salman Khan to dub for Dabangg 3.

Now, not just all eyes but all ears will be on Salman Khan's Kannada in Dabangg 3, as the trailer of the movie is soon set to be released in all the languages it is releasing in the coming weeks. Recently, Salman Khan himself revealed the look of Kichcha Sudeepa in the movie which went viral in social media.