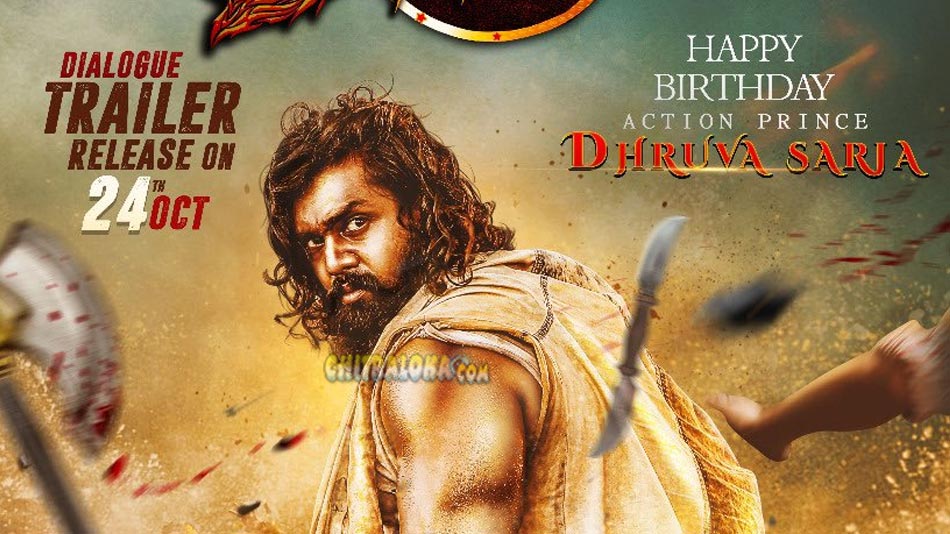 'Action Prince' Dhruva Sarja is all set to celebrate his birthday on the 06th of October. Meanwhile, the team of 'Pogaru' has announced that the Dialogue Trialer of the film will be released on the 24th of October.

'Pogaru' is Dhruva's latest film and the film is in the making for the last two years. Dhruva's last film 'Bharjari' was released in September 2017 and after the release, 'Pogaru' was announced. The film was launched earlier in 2018 and from then on the film underwent many changes and is finally complete. With the film completed, the team is planning to release a dialogue trailer on the 24th of October.

'Pogaru' is being written and directed by Nandakishore and produce by B K Gangadhar. V Harikrishna is the music director, while well known cinematographer Vijay Milton is in charge of the camera. The film stars Dhruva Sarja, Rashmika Mandanna, Raghavendra Rajakumar and others in prominent roles.