Shall Not Miss The Kiss: Kichcha 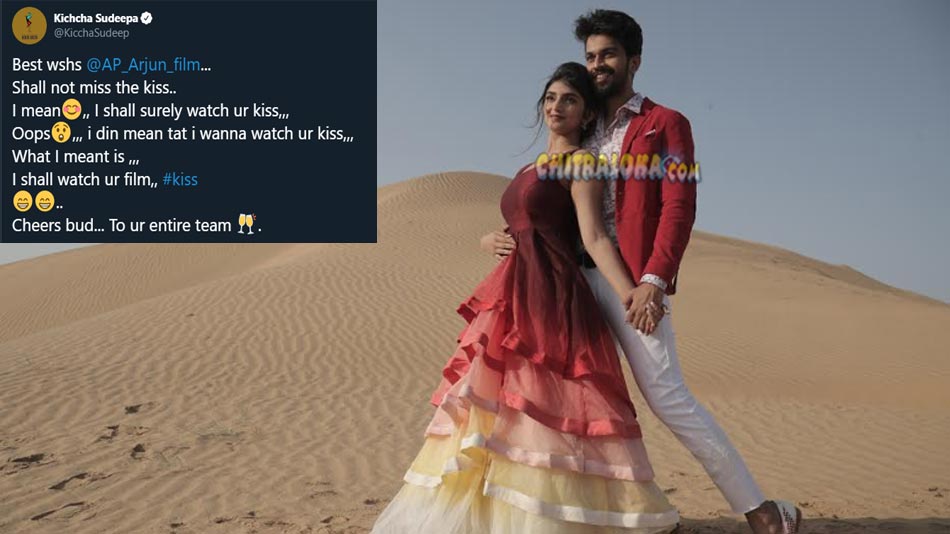 Abhinaya Chakravarthy Kichcha Sudeepa, who is basking upon the huge success of 'Pailwaan' which released in multiple languages, has said that he will definitely not miss the Kiss! He further expressed that he shall surely watch Kiss!

Well, the Kiss which the star actor refers to is that of A P Arjun's 'Kiss' which is releasing tomorrow. While wishing the 'Kiss', a grand success, Kichcha has assured that he will definitely watch the Kiss soon.

A P Arjun returns with Kiss after a gap of three years, which talks about the 'instant love' among the present younger generation. He had also produced the film along with penning the songs for the film, which is scored by Harikrishna, and his son Aadi.