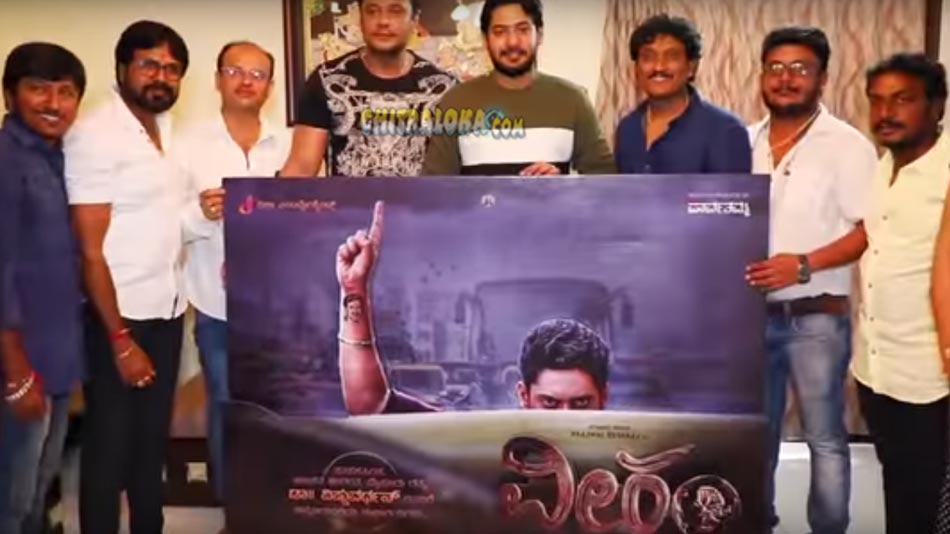 Actor Darshan on Wednesday unveiled the title of Prajwal's new film and the film has been titled as 'Veeram'.

Prajwal plays the role of Dr. Vishnuvardhan's fan in 'Veeram'. So, the title and poster launch of the film was held on Dr. Vishunvardhan's birthday itself. Darshan who launched the poster and title, wished Prajwal and the team a huge success.

Veeram' is being produced by K M Shashidhar, who earlier produced Haripriya's 'Daughter of Parvathamma'. 'Khadar' Kumar has scripted the film, along with directing it. More details are yet to follow.