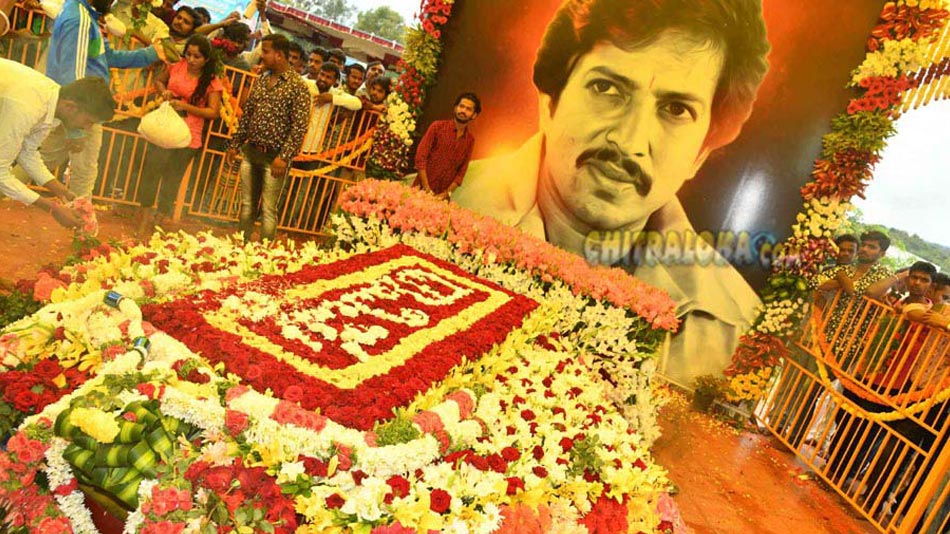 It's almost 10 years since actor Vishnuvardhan has passed away. But the birthday celebrations of the late actor still continues as usual. This year also, the fans of Dr Vishnuvardhan celebrated his birthday in Abhiman Studio in a grand style.

Till three years back, Dr Vishnuvardhan's family used to celebrate his birthday in Abhiman Studio where the late actor was cremated. The place was in dispute and the family which were very much upset by the whole issue decided not to visit Abhiman Studio from then on and has been celebrating his birthday separately at his residence.

In the family's absence, Dr Vishnu Sena Samithi and other fans association has been celebrating the actor's birthday every year on September 18th at Abhiman Studio. Like previous years, hundreds of fans from various parts of Karnataka participated in the birthday celebrations. Many health related camps were organised at the venue also.