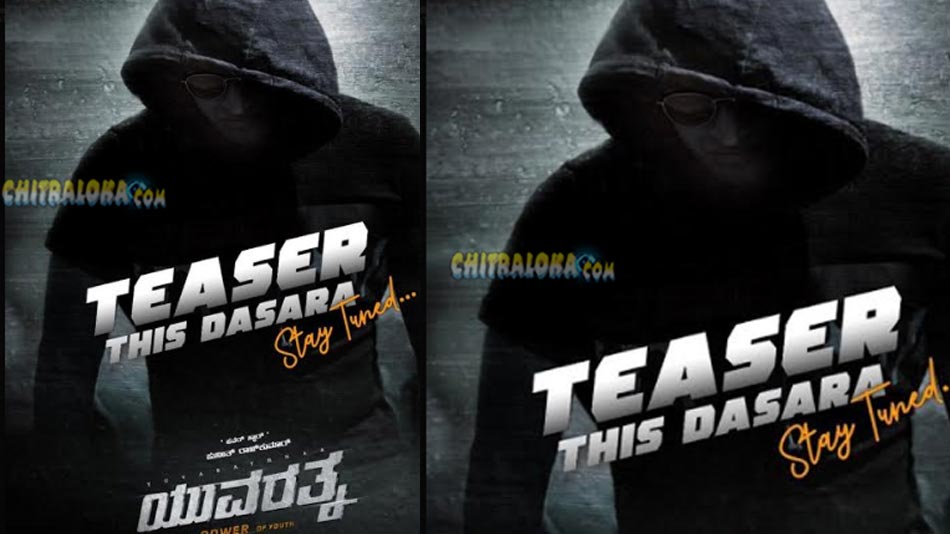 The shooting for Puneeth starrer 'Yuvaratna' in full progress and the team is busy shooting major portions in Mysore. Meanwhile, it has been announced that the teaser will be released during the Dasara season.

Director Santhosha Anandaram himself has announced through Twitter that the teaser of 'Yuvaratna' will be released this Dasara. Puneeth has finished the dubbing for the teaser.

'Yuvaratna' is scripted and directed by Santhosh Anandaram and produced by Vijay Kiragandoor under Hombale Films. Sayesh Sehgal is the heroine. Prakash Rai,  Dhananjay, John Kokken, Diganth, Sonu and others play prominent roles in the film. S S Thaman is the music composer.