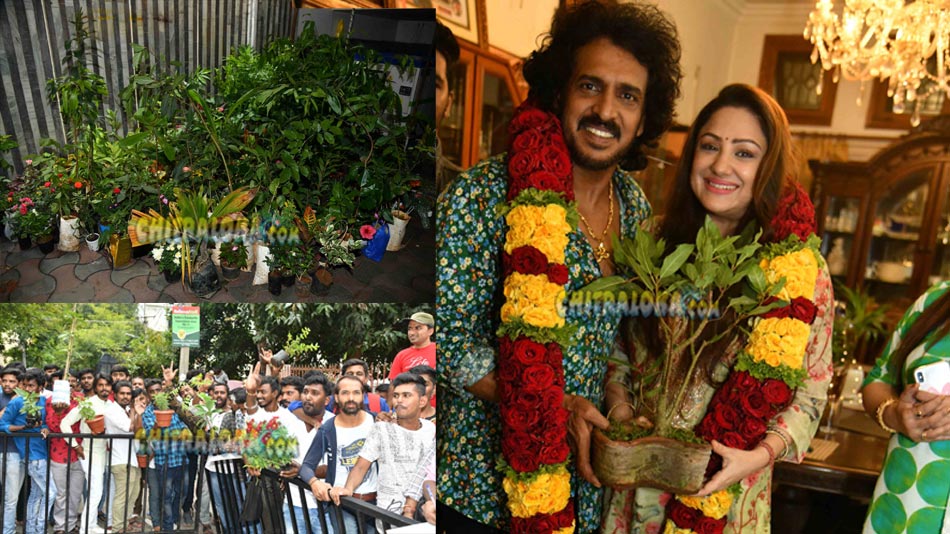 Hundreds of fans of actor Upendra on Wednesday gifted him with saplings and wished him a happy birthday.

Upendra has been celebrating his birthday with his fans on September 18th every year in a grand style. This year the actor has requested his fans to not to bring garlands or cakes, instead has requested them to bring saplings as birthday gifts. Upendra has also said that he will plant it and raise them.

Likewise, hundreds of Upendra's fans who visited his residence in Bangalore gifted him with various saplings. Upendra posed to photographs with many fans who had come with saplings.