Bring Saplings Not Cakes And Garlands, Uppi Requests His Fans 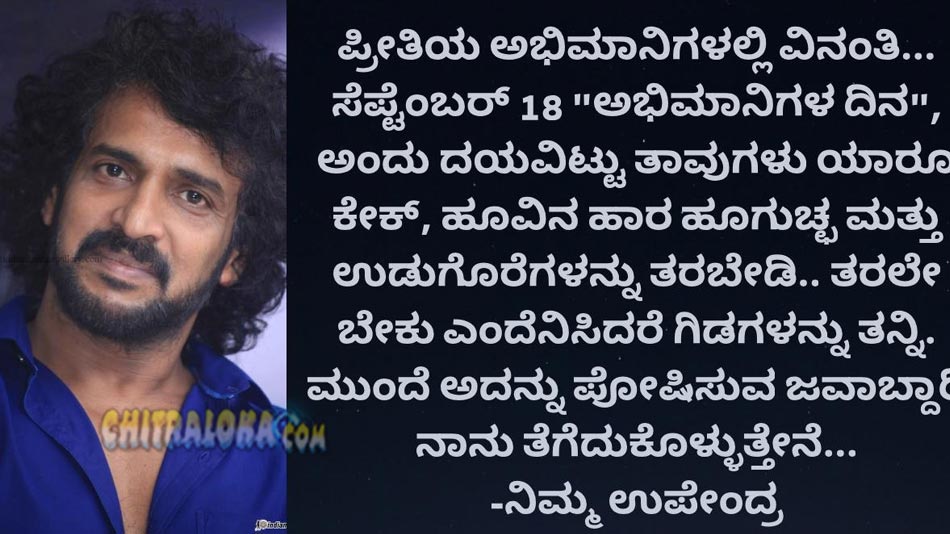 Real star Upendra who is one among the star actors in Sandalwood who put an end to lavish birthday celebration, has yet again requested his die-hard fans to not spend their hard earned money on cakes, garlands and others such expenditures to mark his birthday which is on September 18.

Instead, the Superstar has requested his fans if they instead of gifting him something on his birthday which he refers to as 'Abhimanigala Dina', to get saplings. He goes onto to add that he assures of taking care of the saplings gifted to him.

His film 'I Love You' directed by R Chandra recently marked 100 days at the box office. The duo have announce other venture titled 'Kabza', which will be released in seven languages - Kannada, Tamil, Telugu, Hindi, Malayalam, Bengali and Marati.