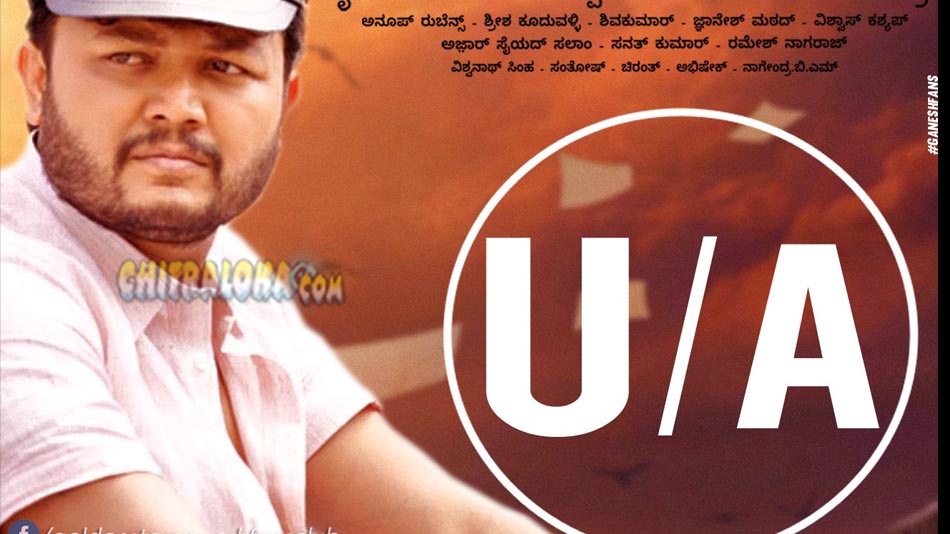 Golden star Ganesh's Most anticipated movie 'Geetha' is gearing up for its theatrical trailer release on 11th Sep and the Regional Board of Film Certification has given 'U/A' certificate for the film.

Recently the lyrical songs of the movie have gained a lot of appreciation from viewers.