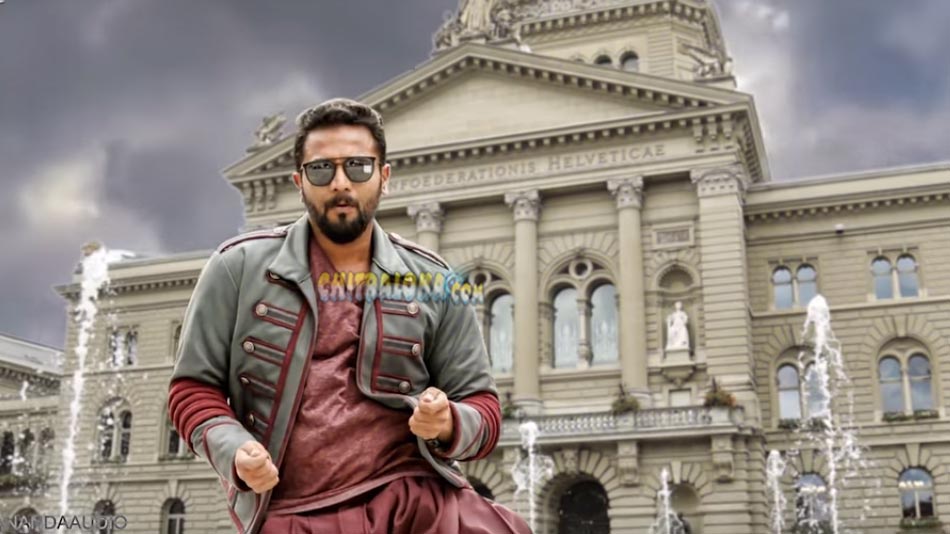 The second lyrical video of 'Bharaate' called 'Yo Yo' was released on Thursday through the Anand Audio channel of You Tube.

The first song of the film was released by actor Murali in Switzerland last month. The second lyrical video was released at the Anjaneya Temple in Nagasandra Circle in Bangalore. The song is already trending in You Tube and is getting good response all over. Vijayprakash has sung the song composed by Arjun Janya. The team was present during the launch of the song.

'Bharaate' is being directed by 'Bahaddur' Chethan and produced by Supreeth. Murali, Srileela, Saikumar, Ayyappa and Ravishankar play prominent roles. 'Bharaate' is expected to hit the screens in the month of October.