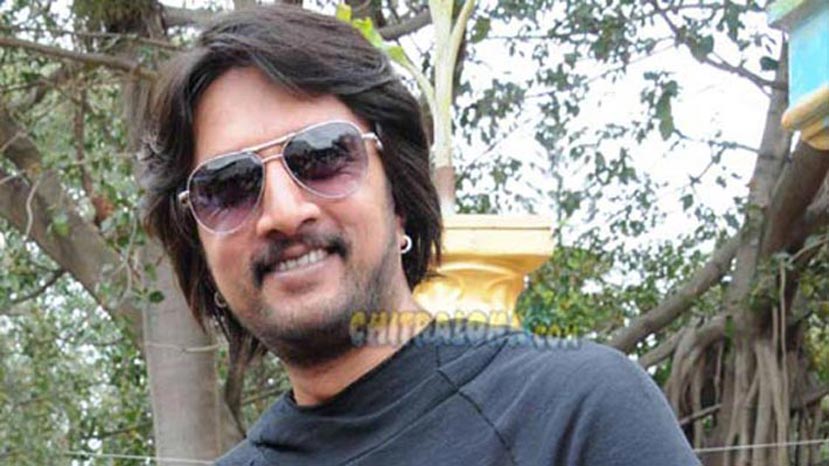 Actor Sudeep will have two releases this month which includes Shankare Gowda's Kannada film Just Maath Maathanalli directed by him. The other film is Ram Gopal Varma directed Hindi film Rann which will be released world over on January 29.

Sudeep has finished his work for K.Manju's Kichcha Huchcha, but the film may be released only in February or March. His other film Theertha which is also ready for release may have to get released only after all the problems faced by the producers get resolved.

Just Maath Maathnalli audio has already been released to a good response and Sudeep is eager to release the film in January. Darshan starrer Porki is slated for release on January 28.

Meanwhile Ram Gopal Varma has used Big B largely in his promos and has given less preference to Sudeep and other artists of the film. He describes his forthcoming movie as a 'men's film' and says it was natural for Amitabh Bachchan to spearhead the show in the promos of the movie. 'Amithabh enjoys a huge popularity and we have used him to a large extent in our promos. He plays a major role in the film' says Ram Gopal Varma. Sudeep, Riteish Deshmukh, Mohnish Behl, Paresh Rawal and Rajat Kapoor have played important roles in the film. Sudeep plays the role of the son of Amithabh Bachchan who plays the role of a media. 'Every other character is important; otherwise it wouldn't have found place in the film. There won't be any character that would feel short-changed or left out in the film,' Varma adds.

'Women are supporting characters in 'Rann' which is indeed a men's film. They may not be directly involved in the conspiracy or the entire drama that ensues in 'Rann', but they definitely bring in a humane aspect to the proceedings,' said the director.

'Suchitra plays the role of a programming head with Amitabh Bachchan's new channel and she is in constant conflict with him since she can see the cut throat competition in the outside world. On the other hand, Gul is indifferent to what's happening in the country and first thinks about herself and her man (Riteish Deshmukh) before anything or anybody else.' Neetu Chandra, who had replaced Raima Sen in the film's cast just before the shooting, is paired opposite Sudeep and also has a few scenes with Amitabh Bachchan.