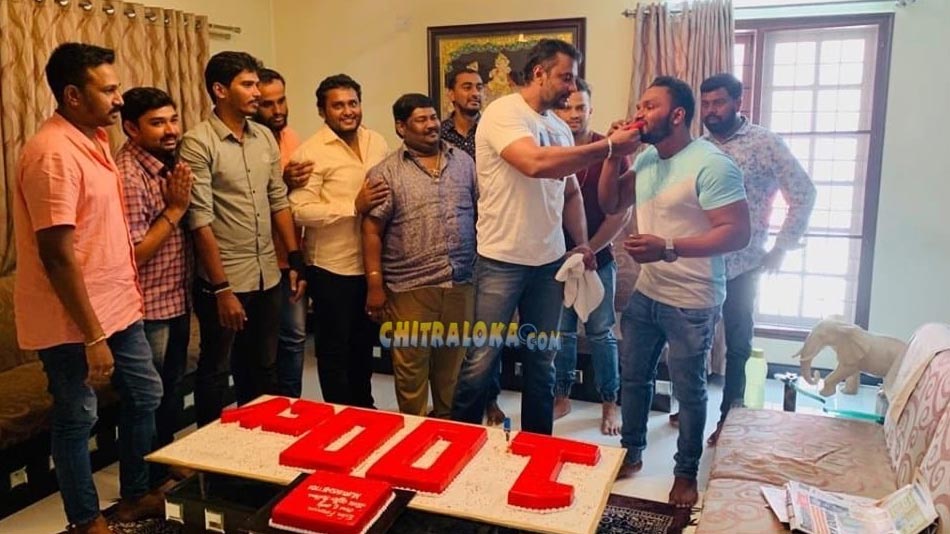 Kannada film industry's magnum opus 'Kurukshetra' which was released on the 9th of August has joined the 100 crore club and is doing good business all over in spite of rains and floods.

'Kurukshetra' had collected 13 crores in Karnataka alone on the first day of it's release. The film has been released in Kannada, Telugu and Tamil languages and the film has collected 100 crores from three languages so far. Darshan fans on Wednesday celebrated the success by cutting a cake at his residence.