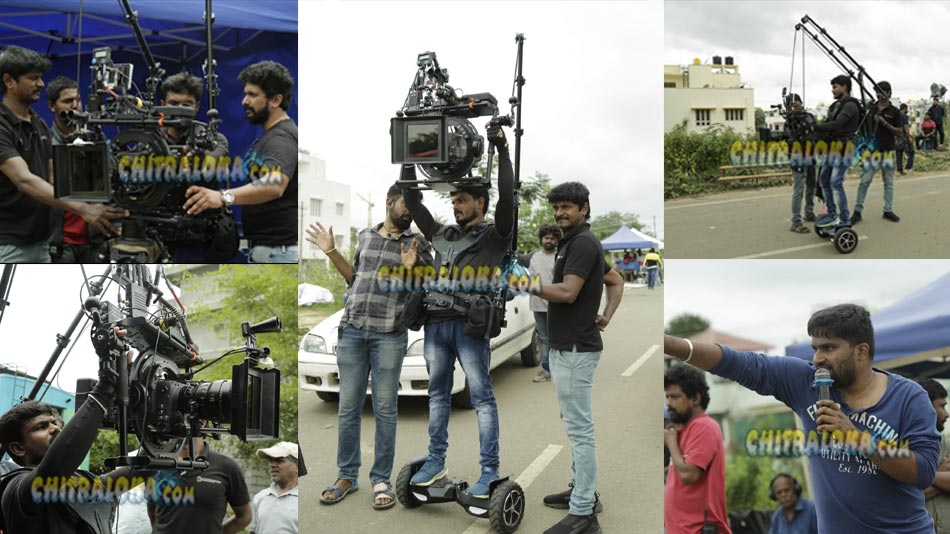 Kannada film Raymo has become the first film in India to adopt the technology of Infinity Rig. It is the most advanced 'rig' used in the film industry today. The film team has mated an Alexa camera with this new rig. Rigs are machinery to which cameras are attached for difficult and non-standard shots. A standard shot has the camera in a stationary position. But when the camera is required to be in motion various rigs are used like cranes, trolleys etc. The Infinity Rig is a kind of rig which does the job of all other rigs combined.

A team of six persons took training in Germany to operate this rig. Kannada actor Tharun Chandra has brought this Rig to India and Pavan Wadeyar has become the first person director to use it. The film team has been using it for the last 15 days.

Wadeyar said that they have used the rig to shoot several scenes and also using it to shoot two fight scenes in the film. He said using it is not very difficult but needs some understanding of the mechanics. It has many remote features and brings many advantages. He said that time is saved using this rig compared to other rigs. There is also no need to hire multiple types of rigs when you have one rig doing all the jobs. He praised Tharun Chandra for introducing the technology to Sandalwood