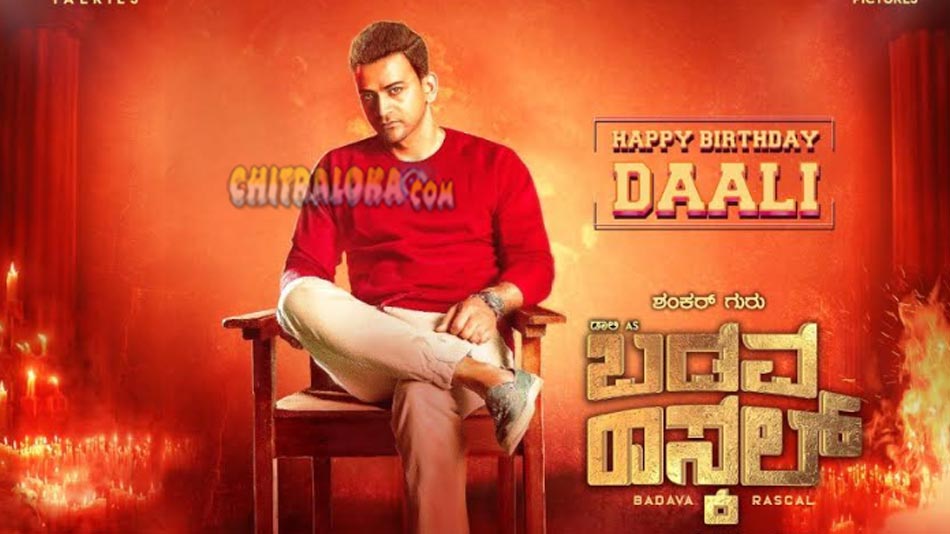 Actor Dhananjay's new film is all set to launch on his birthday on the 23rd of August. One of the highlights of the film is, Dhananjay will be turning producer with this film.

Puneeth Rajkumar will be launching 'Badava Rascal' at the Bandi Mahakali Temple in Gavipuram in Bangalore. The photo shoot of the film is already completed and the first look posters were released recently by Puneeth.

'Badava Rascal's is being directed by debutante Shankar. the director is a protege of director Guruprasad and has worked for films like 'Eradane Sala' and 'Directors Special'. Shankar has written the story and screenplay for this commercial entertainer. Gujjal Purushottam who co-produced 'Tagaru' is co-producing the film. Amrutha Iyengar is the heroine. Vasuki Vaibhav is the music director, while Preetha is the cinematographer