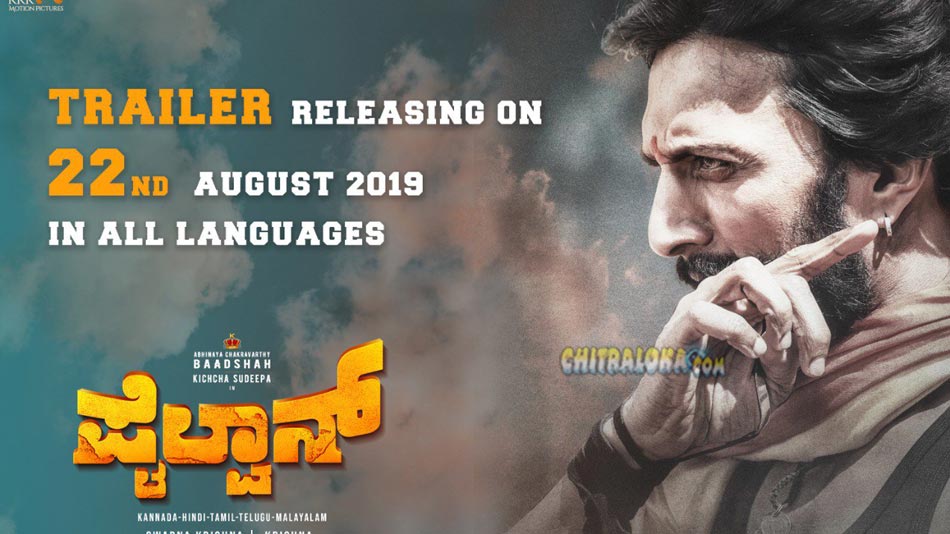 The songs of Sudeep starrer 'Phailwan' was released recently and now the trailer of the film is all set to be released at 1 PM tomorrow..

Producer Swapna Krishna has announced in her Twitter account that the trailer of the film will be releasing on Thursday. Not only the Kannada version, but all the languages will be released simultaneously in You Tube tomorrow.