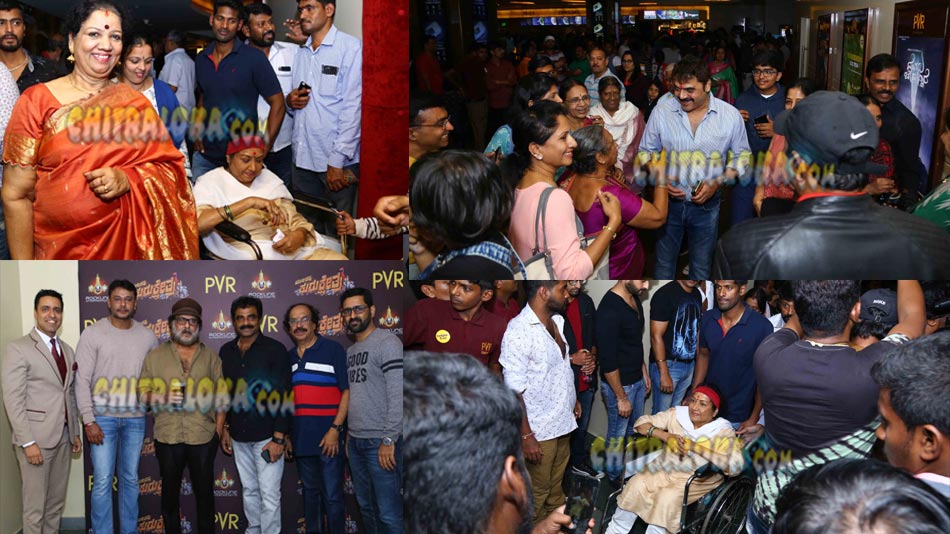 Well known veteran actors of Kannada film industry who have watched Darshan starter 'Kurukshetra' is very much impressed by the film.

Recently, a special show for celebrities was held in Bangalore and many veteran actors like B Sarojadevi, Jayanthi, Umasri and others were present at the occasion and watched the film. Jayanthi had come in a wheel chair to watch the film. The veterans were very much impressed by not only with the making of the film, but also about the performances of lead actors.

Darshan who was also present was thrilled to hear their feedback. 'They have been part of many epic films and for me they are the best critics' said Darshan. Vinaya prasad, Rajendra Singh Babu, T S Naghabharana,  V Mnaohar, Giija Lokesh, V Harikrishnam Sangeetha, V Ravichandran, Shashikumar were also present in celebrity show