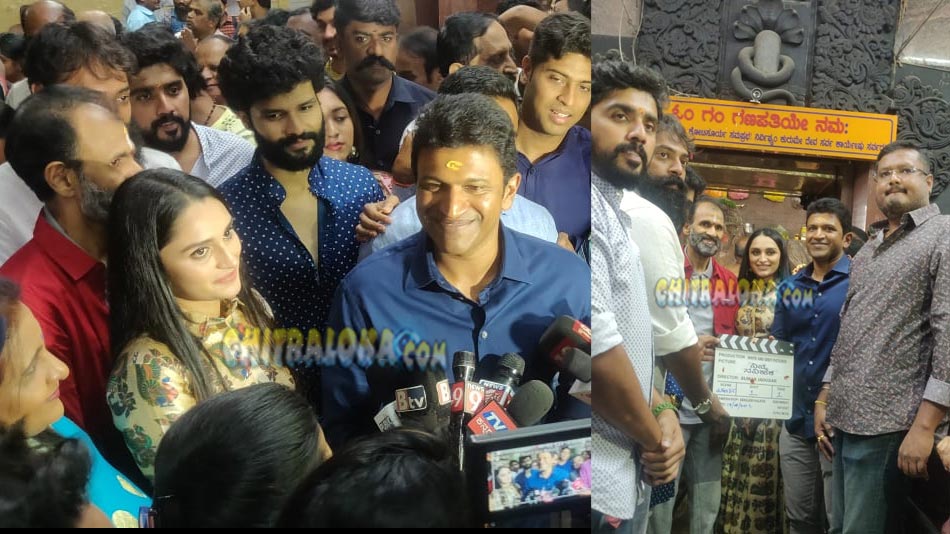 The launch of 'Ninna Sanihake' was held at Dodda Ganapathi Temple in Basavanagudi and Puneeth came over as the chief guest. Puneeth sounded the clap for the first shot, while Dinakar Thoohudeepa switched on the camera.

'Ninna Sanihake' is written by actor Suraj Gowda, while Suman Jadugar is the director. The film stars Suraj and Dhanya in lead roles and is produced by White and Grey Media. Raghu Deekshith is the music director.